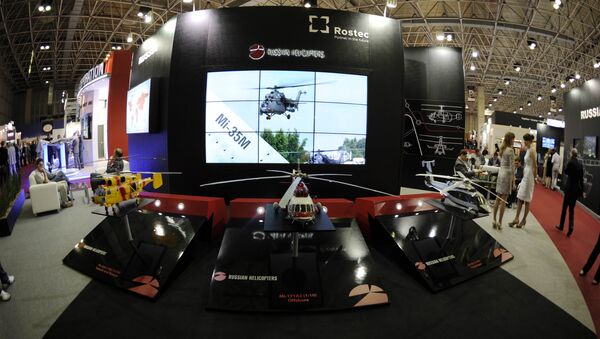 Asian countries have become the main importers of Russian military equipment amid sanction imposed by the US.

India Willing to See Russian Railways, Rostec in Its Market
MOSCOW (Sputnik) – India, China, and Iraq have received the most weapons and military equipment in 2014 from Russia’s state-run Rostec company, according to the company’s annual report published on Wednesday.

The company’s annual report also reflects that military exports to the former soviet republics have drastically dropped to $370 million in 2014 from $1.5 billion in 2013.

Russia, China to Start Joint Production of Helicopters, Engines: Rostec
However, western sanctions against Russia have raised Rostec's subsidiaries and could diminish the attractiveness of the corporation's projects for investors, the same report read.

"This prohibition applies to all the subsidiaries in which the corporation has, alone or together with other persons included on the sanctions list, with more than 50 percent of shares," the report said.