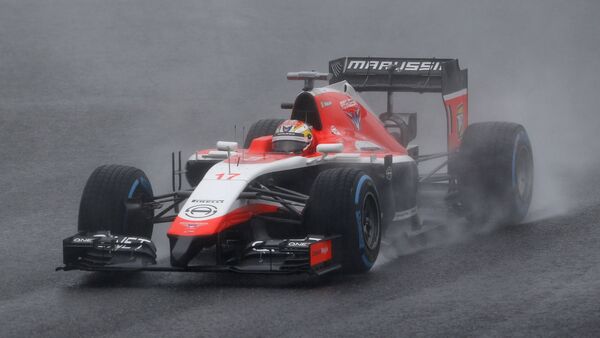 Jules Bianchi died after having been in a coma since the accident at Suzuka Circuit in 2014.

French Formula One driver Jules Bianchi died from injuries sustained in a Japanese Grand Prix crash, as stated by his family.

Bianchi, 25, passed away in a hospital in Nice, France, after having been in a coma since the accident at Suzuka Circuit on October 5, 2014.

"Jules fought right to the very end, as he always did, but today his battle came to an end," said the Bianchi family in a statement, released earlier on Saturday.

"The pain we feel is immense and indescribable”, the statement reads. Further on, the family expresses gratitude to the medical personnel in France and Japan who were providing Bianchi with the necessary treatment, as well as “colleagues, friends, fans and everyone who has demonstrated their affection for him over these past months, which gave us great strength and helped us deal with such difficult times. Listening to and reading the many messages made us realize just how much Jules had touched the hearts and minds of so many people all over the world”.

Jules Bianchi was a third-generation motor racing driver. He started driving karts at the age of five, then moved on to French Formula Renault 2.0, Formula Three, GP2 Series, Formula Renault 3.5 and finally Formula One, winning many prizes. He was the first recruit of the Ferrari Driving Academy and was the Ferrari team reserve driver for 2011, which loaned him to the Force India team in 2012.

In 2013 Bianchi was invited to join the Anglo-Russian Marussia F1 team as a race driver, and performed successfully until the tragic crash in Japanese Grand Prix 2014 cost him his life.