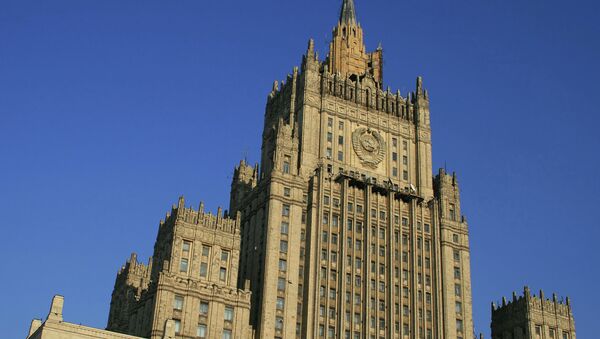 The meeting between Sergei Lavrov and Tanasak Patimapragorn is expected to help strengthen security and growth in the Asia-Pacific region.

"We are certain that the foreign minister’s visit to Moscow will strengthen partner relations between the two countries, which is entirely in their long-term interests and will help to promote security and sustainable growth of the Asia-Pacific region," spokesman Alexander Lukashevich told RIA Novosti.

The ministers are expected to build on bilateral arrangements made in April during Russian Prime Minister Dmitry Medvedev’s trip to Thailand.

Medvedev’s talks with his Thai counterpart Prayut Chan-o-cha identified trade, investment and agricultural exports as some of the key areas of cooperation, according to Lukashevich.

Thailand has been exporting significantly more foodstuffs to Russia, offsetting a slump in Moscow's EU food imports following a ban. In August 2014, Russia imposed restrictions on food imports from the European Union and other countries that targeted it for sanctions over the Ukraine crisis.