Iran Nuclear Deal Can Draw Russia, US Together - US Ex-Presidential Adviser 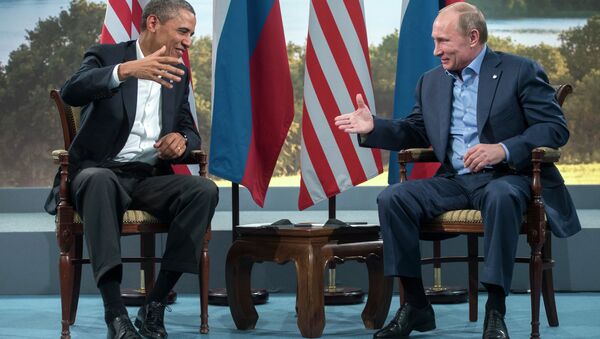 The Iran nuclear agreement showed that Moscow and Washington are capable of working together efficiently, and the deal can pave the way toward closer cooperation between the countries.

Obama Praises Russia's Role in Reaching Iran Nuclear Deal
WASHINGTON (Sputnik) — The negotiations on Iran nuclear deal indicated that the United States and Russia can cooperate constructively with each other, Gary Sick, a former adviser on Iran under US presidents Gerald Ford, Jimmy Carter and Ronald Reagan, said.

Gary Sick, who is now a professor at Columbia University with special expertise on Iran, told RIA Novosti:

"Obviously, it [US-Russia cooperation] does not apply to areas where our interests are very different, where we disagree with each other very strongly, but it [Iran nuclear deal] does show that at least in certain areas we are capable of cooperation with each other. And I would like to see that as a positive sign and perhaps as an indicator of where we might go in the future."

He stressed that both the United States and Russia have played a very constructive role in the entire negotiating process on the Iran deal.

"I think Russia was absolutely crucial to the agreement. I think if Russia had wanted to sabotage the agreement, they could have done so, almost any time. And instead they did not, they actually worked with the United States and other partners."

Relations between Moscow and Washington deteriorated significantly in 2014 over the Ukraine crisis after US authorities accused Russia of participation in the Donbass conflict, an ungrounded claim which Moscow has firmly denied.