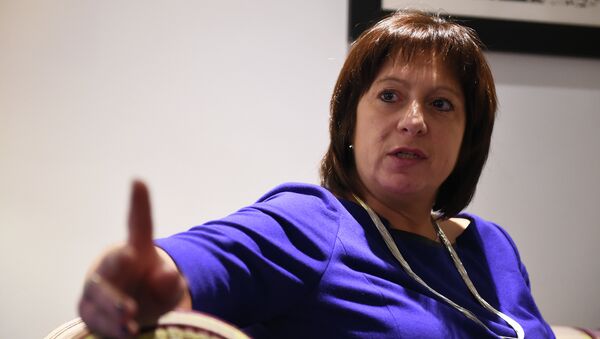 “The Russian debt as you know is part of perimeter of our restructuring transaction. Nothing’s changed as of today as far as I am aware,” Jaresko said on the sidelines of the US-Ukraine Business Forum in Washington, DC on Monday.

Ukraine’s National Debt to Reach 95% of GDP in 2015
Ukraine is required to repay the full amount of the debt by the end of 2015. The country paid a $75-million installment to the debt last month.

In response to repeated inquiries, Russia has stated it would not restructure the debt.

Russian Finance Minister Anton Siluanov said earlier in July 2015 that Moscow will not write off the debt, and is ready to take Ukraine to court if necessary.

The conflict between Kiev forces and independence supporters in the eastern parts of the country that erupted in mid-April 2014, has left Ukraine on the brink of default as its currency, the hryvnia, has dropped in value several times since then.

Ukraine’s overall debt stands at $70 billion, of which some $40 billion is owed to international money lenders.