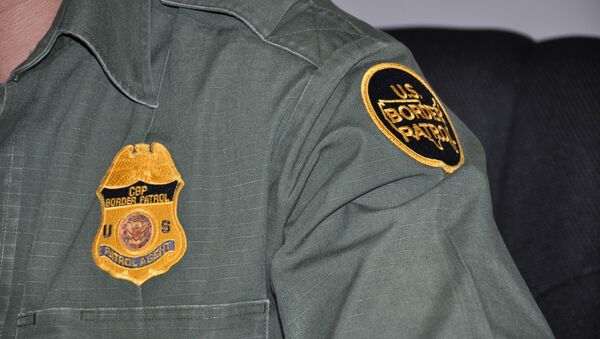 © Flickr / Maryland National Guard
Subscribe
International
India
Africa
Researchers at the University of Texas at Austin and the US Department of Agriculture have worked out a surprising new solution to control an invasive species of dense-growing reed that makes patrolling the Texas-Mexico border a nightmare for law enforcement and threatens local waterways.

US officers patrolling the Texas-Mexico border have been engaged in a fierce war with a bamboo-like reed called carrizo cane for years. The plant stretches along the Rio Grande in Texas and serves as camouflage to criminals concealing stash houses and dead bodies. Moreover, it chokes waterways across North America which are vital in the era of persistent drought.

"I've heard agents talk about it like it was Sherwood Forest," said Francis Reilly, an environmental consultant and adviser to the US Border Patrol. "They'd hear screams or gunfire in the cane thickets, and not be able to find anybody when they went in."

The federal government has tried to destroy the cane with fire, herbicides, bulldozers, machetes and weed-whackers. It not only survived all of these attempts, but grew back with a vengeance.

Texas Governor Demands More Border Guards to Fight Drugs, Human Trafficking
But a new weapon is being imported from France, Bloomberg Business reported. Texas Governor Greg Abbott signed a bill in May to develop a $10 million carrizo purge program at the State Soil and Water Conservation Board. Though the sources of those funds aren't yet nailed down, John Goolsby, a US Department of Agriculture entomologist, hopes they'll go to unleashing armies of another invasive species — carrizo-eating wasps from France.

The tiny Arundo wasp, tracked down by Goolsby in Montepellier, won't lay eggs in anything but carrizo. Once the larvae hatch, they act as tiny saws that slice through the plant's fibers and stunt its growth to the point where it can no longer thrive.

After conducting a series of tests, Goolsby announced he's confident his French wasps will do the trick.  But the plan to introduce exotic wasps along the Rio Grande is not without it skeptics, with many critics referencing historical examples of biological control gone wrong. In 1883, for instance, the mongoose was introduced to Hawaii in the hopes that it would kill off sugar cane-hungry rats.  Instead, it set its sights on chickens, endangered sea turtles and the eggs of the state bird, damaging those populations.