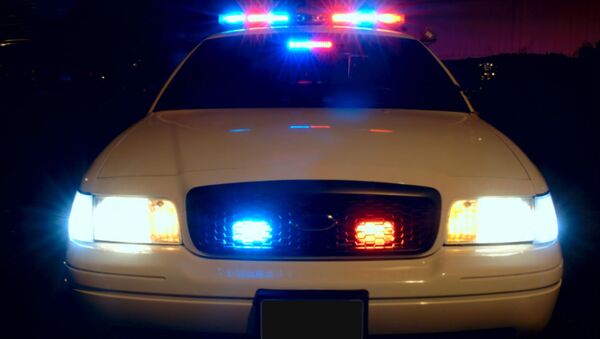 The department was made aware of the 35-second clip on Saturday, but says it has not yet determined who the drivers were.

In the video, the police vehicles can be seen lining up next to each other before taking off down the road.

"Look at these two cops," the film’s male narrator says. "Look like they're going to try to drag race each other down the road here. Parking right beside each other. They might be getting ready to — yep there they go. Tax dollars going to the good folks. They all both suck. Idiots."

The department has initiated an internal affairs probe to identify the officers that were driving.

“While there is currently no formal complaint, the department has initiated a fact-finding investigation into this video and the allegations posted to social media.

At this time there is no validated information in reference to the specific car or officers involved. If anyone has information concerning this video or the social media allegations please contact the Internal Affairs office at (423) 643-6240,” the department wrote in a statement to local NBC affiliate WRCB.

In Tennessee, drag racing is a Class B misdemeanor.

In 2013, a Montgomery, Alabama, police officer on a motorcycle was caught on camera racing another biker — and it initially cost him his job.

"For the very thing that we are out here enforcing the law, for an officer to cross that line and violate it, there's no excuse. I will not tolerate it and he is no longer wearing the badge," Montgomery Police Chief Kevin Murphy stated.

A week later, the officer was reinstated because the department believed that his decision to step down on his own and resign meant that he deserved a second chance.