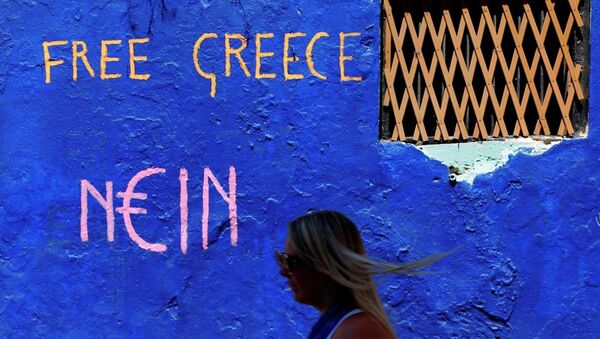 Greek Civil War Might Start if Austerities Continue – French Media
ATHENS (Sputnik) — Mitsotakis is a candidate to lead the New Democracy party, campaigning in favor of agreeing with the proposals of Greece's international creditors.

"We have three years before us to become a normal European country. I hope we have learned a lot from our mistakes," Mitsotakis said on his Twitter account.

Earlier in the day, the head of the European Council, Donald Tusk, said that the leaders of the Eurozone had reached a unanimous decision on a program of financial aid to Greece, adding that the European Council was ready to start negotiations with Greece on a new program of debt settlement in exchange for pension reform and modified taxation laws.

On Monday, Eurogroup President Jeroen Dijsselbloem announced the establishment of a special asset fund, including privatization of some sectors. The fund will be set up in Greece and managed by local authorities under the supervision of EU institutions.