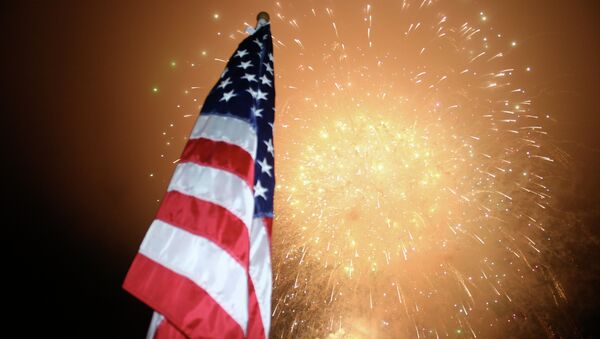 Despite conceding there is a lack of evidence of any sort of active terror plot, or any threats to that end, the FBI and the Department of Homeland Security are issuing warnings of terror plots for the Fourth of July - apparently just on a hunch.

Over the past decade, there has not been a single terror attack on the Fourth of July, the day the US celebrates its independence from Great Britain, but that fact isn’t going to stop the feds from cracking down and setting up command centers across the country.

“Particularly with the upcoming July 4th holiday, here in the United States the Department of Homeland Security and the FBI continue to communicate with state and local law enforcement about what we know and see,” Jeh Johnson, Secretary of Homeland Security, said in a statement.

“We are encouraging all law enforcement to be vigilant and prepared. We will also adjust security measures, seen and unseen, as necessary to protect the American people.”

Fox News, never shy of promoting hysteria, reports that the US could be a target for an attack by the Islamic State terror group, because of the significance of the date.

Law enforcement are being warned of potential “soft target” attacks, such as in shopping malls, or other places with light security where people gather.

The command centers will be collecting information from local, state, and federal law enforcement so that a threat level can be assigned and any incidents can responded to quickly, despite there not having been any threats.

“We will continue to work with our federal partners to review intelligence with an eye toward any localized credible threats, of which there are none at this time,” Johnson said.

In Boston, for example, there will be visible security such as uniformed troopers, tactical units and helicopters, as well as non-visible surveillance through cameras and via undercover officers.  The use of recreational drones will also be banned in that city on July 3 and 4.

Fox News has also reported that the FBI intends to arrest potential Islamic State supporters with lesser charges to get them off the streets, then build their case once they are in custody.  The right-wing network took no issues with the planned blow to the US Constitution, which protects citizens from such unlawful arrests.