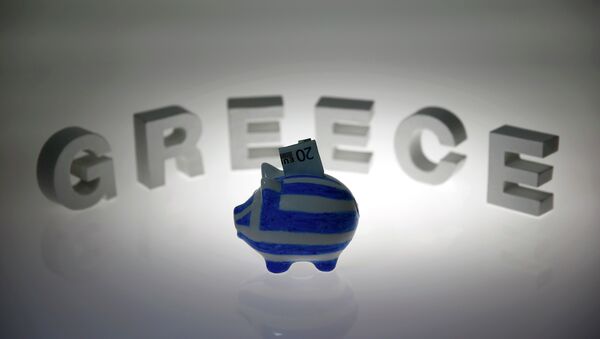 Austerity Reforms May Turn Greece Into Economic Colony – Defense Ministry
ATHENS (Sputnik), Anna Liatsou — According to Isychos, Europe has been unreliable in their approach to the negotiations, changing their positions almost daily.

Greece, among countries hardest hit by the 2008-2009 financial crisis, currently owes some $270 billion to the Eurozone nations, the European Central Bank and the International Monetary Fund. Greece and its lenders had been negotiating a bailout deal but could not come to an agreement on the deeply unpopular austerity reforms required by the international banks.

Greece has so far rejected all the proposals from its lenders.

The last round of the Greece bailout talks collapsed on Saturday with Athens announcing a July 5 referendum for voters to decide whether to accept the new bailout deal offered by the creditors. If the sides fail to reach an agreement, Greece may default on its debt and be forced to exit the Eurozone.