US to Replace Strategic Bomber Fleet With New Long-Range Bombers 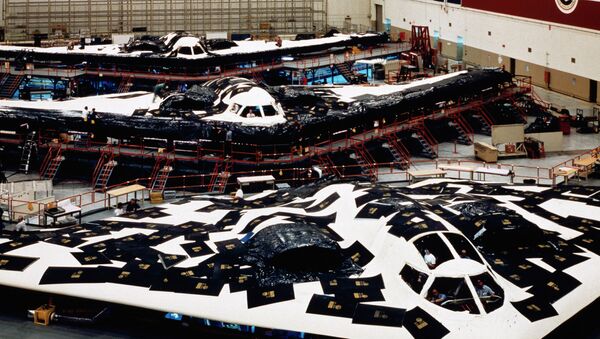 WASHINGTON (Sputnik) — Clark made the comment in response to a question whether the existing US strategic bomber fleet would be fully replaced by the LRS-B in the future.

“Eventually it will replace, it will be the long-range strike bomber for us at a point,” Clark said during a US House Armed Services hearing.

Until the new LRS-B comes online, the United States will have to continue modernizing the existing B-2 and B-52 bombers as well as associated weapons, Clark explained.

He noted the roadmap for modernization is “critical to preserving our dominance against next generation capabilities.”

The B-52 bombers are more than 50 years old, and the B-2’s have been fielded for slightly over 25 years.

The US Air Force previously estimated a 2020 timetable for the fielding of the LRS-B. The United States is expected to purchase 80 to 100 of the next generation bombers at an estimated cost of $550 million each.

The US Air Force program to replace the older strategic bombers has faced multiple delays, and the LRS-B predecessor program was scrapped altogether in 2009.