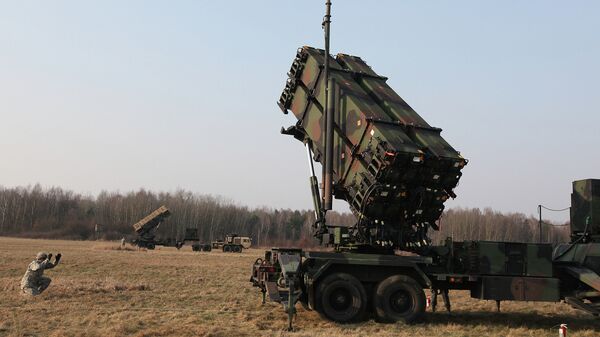 US Should Adopt Putin's Peace Through Strength Policy - Former Bush Envoy
WASHINGTON (Sputnik) — The United States remains on schedule to finish construction of the missile defense facilities in Romania and Poland, US Assistant Secretary of State for Arms Control, Verification, and Compliance Frank Rose said on Thursday.

“We are on track to complete deployment of an AEGIS ashore site in Romania as part of the phase two of EPAA [the European Phased Adaptive Approach] later this year,” Rose stated at the United States and Global Missile Defense Conference in Washington, DC.

#missiledefense is "not an attempt to alter the strategic balance" with #Russia, according to Frank Rose #ACDefense pic.twitter.com/TTLP8I4Ily

He explained this Romanian site, combined with ballistic missile defense (BMD) capable ships in the Mediterranean, will enhance coverage of NATO from short- and medium-range ballistic missiles launched from the Middle East.

Rose added that the construction of an AEGIS ashore site in Poland is also planned to be completed on time.

US Awards $870Mln Contract to Develop Missile Defense Command System
“[US] President [Barack] Obama’s Fiscal Year 2016 budget request designates approximately $200 million for the establishment of the site including construction which will begin early next year allowing us to remain on schedule to have the site completed by 2018,” he said.

Rose noted that Poland’s facility when combined with other EPAA assets will provide ballistic missile defense coverage of all NATO European territory.

"GIven recent events the alliance needs to take a hard look with regard to its security posture vis-a-vis Russia."-- Asst Sec'y Frank Rose

The EPAA is meant to provide protection from short- and medium-range ballistic missile threats originating in the Middle East, primarily Iran.

Russia, however, sees the EPAA as a part of an ongoing policy of extending US and NATO influence eastward through Europe and Eurasia.

US authorities are reportedly considering deploying missiles to Europe to counter Russia’s alleged violations of the Intermediate-Range Nuclear Forces (INF) treaty. Russian officials have pointed out that US missile defense launchers stationed in Poland and Romania are in violation of the INF treaty.