TTIP is an 'Attack' on Small, Medium Producers - European Parliamentarian 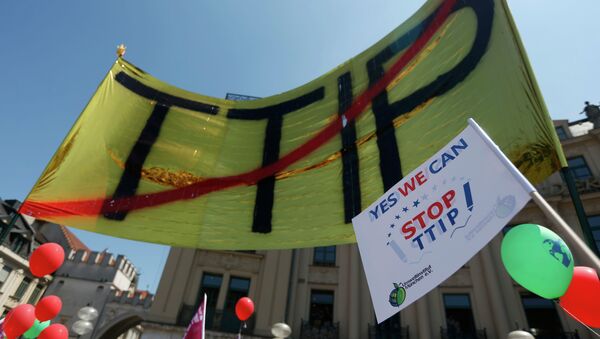 Member of the European Parliament said that proposed Transatlantic Trade Investment Partnership EU-US trade deal, will be an "attack" on small and medium producers.

"Each time there is talk of an agricultural treaty it means a total attack on small and medium producers, who are the minority, both in the European Union and other countries involved, in this case the United States," Senra, a member of the EU Committee on Agriculture and Rural Development, said.

The parliamentarian stated that small and medium producers always lose "because the traditional markets are eliminated… which will happen if TTIP is approved."

Senra also slammed the treaty negotiations for being not transparent enough.

The TTIP deal, envisaging the free flow of goods across the Atlantic, has sparked controversy among the European public over fears of its potential adverse effects.

Opponents of the treaty claim that it limits the rights of individuals and sovereign countries in favor of multinational corporations and financial industry profits.

As many as 2.1 million Europeans signed an online petition against the treaty.