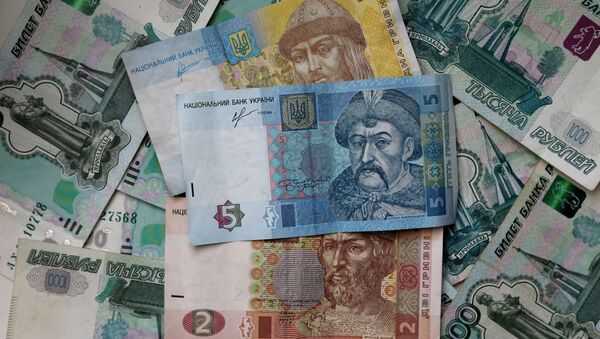 Russia bought $3 billion of Ukraine’s sovereign bonds late in 2013. The deadline for the next debt payment of $75 million is Saturday, but Moscow expects the tranche to come in on Monday, June 22.

Ukraine’s Debt Reaches 100 Percent of GDP - Opposition Lawmaker
MOSCOW (Sputnik) – Ukraine will likely repay Russia for its next Eurobond as this move is in Kiev’s interests amid dialogue with other creditors, Russian Deputy Finance Minister Sergei Storchak said Friday.

“I think that the likelihood of repayment is close to 100 percent,” Storchak said on Rossiya-24 television.

Storchak said that Ukraine would be able to win some time to repay other creditors and avoid a default.

“I believe it’s in Ukraine’s national interests by transferring $75 million into Russia’s budget to avoid any events of a default and will win a few extra weeks or even months to work more closely with its creditors.”

Storchak has previously estimated Kiev owes a total of up to $26 billion to Russian banks.

The Ukrainian parliament ratified a bill last month allowing Kiev to freeze the payment of the country’s foreign debt until July 1, 2016.