Dempsey Uses Star Wars to Inspire US Officers to Fight ISIL, Other Enemies 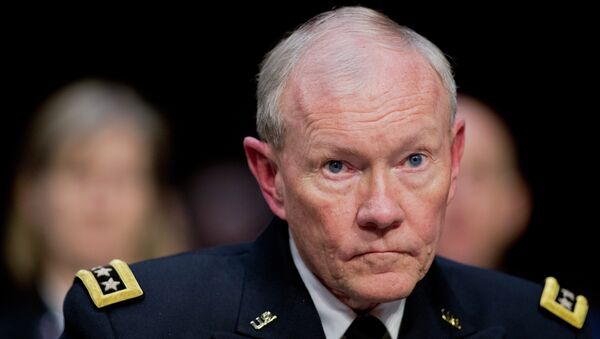 WASHINGTON (Sputnik) — General Martin Dempsey, the Chairman of the US Joint Chiefs, invoked at the annual National Defense University (NDU) graduation ceremony Luke Skywalker and other heroes of the movie franchise “Star Wars” as inspiration for young officers fighting ISIL and other US enemies.

“Dempsey talked to the graduates about the idea of a Monomyth — American mythologist Joseph Campbell’s word for the hero’s story,” the Department of Defense News reported on Thursday.

“The Iliad, the Chanson de Roland, Star Wars are all examples of use of the Monomyth,” the News noted Dempsey as telling the graduating officers.

Dempsey described NDU as the “preeminent leadership university in the world,” the report quoted him as saying.

“You are among the best leaders and thinkers from our services, our civilian workforce and from the 60 nations represented here today,” Dempsey said. “You earned this spot and we are proud of your accomplishment.”

In “Star Wars” and the older epic sagas, Dempsey said, “there’s a person who in the face of danger or adversity, displays courage and is willing to make sacrifices for the greater good. It should sound familiar to each of you, because it is your life,” he added.

National Defense University, founded in 1976, provides joint professional military education to members of the US armed forces, according to its web site.