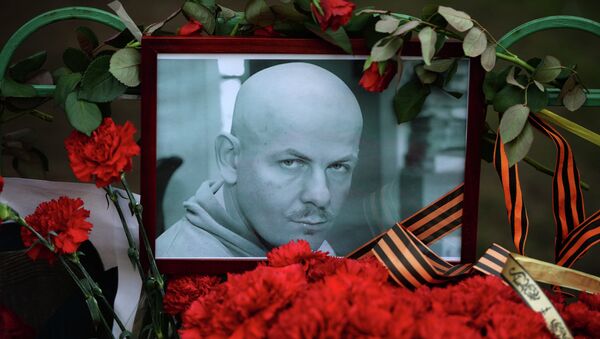 In April, Ukrainian opposition journalist Oles Buzina was shot and killed in Kiev by two masked gunmen near his home. Unhappy with the incumbent Ukrainian government, Buzina advocated for a political settlement of the Ukrainian crisis and the country's federalization. The investigation is currently underway.

"The detention of these individuals took place today, June 18. Both are residents of Kiev, they are 25 and 26 years old," the statement said.

The Ukrainian crisis started in 2014 when Kiev forces launched a military operation in the country's east against those who were unhappy with the coup-imposed government and supported the establishment of self-proclaimed Luhansk and Donetsk people’s republics.

Since the escalation of the conflict, dozens of reporters and photojournalists have been killed in Ukraine, including those from Ukraine, Russia and Italy.