One-Third of Ukrainian Military on Oligarch's Payroll - US Legislator 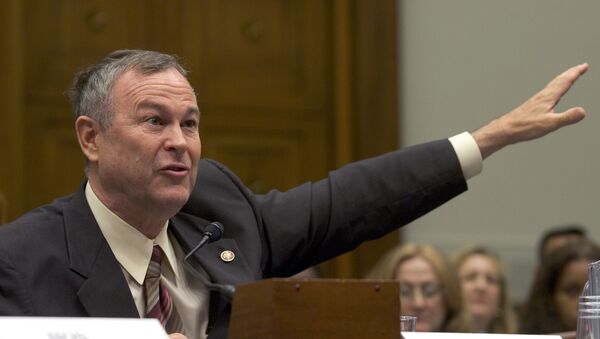 © AFP 2022 / SAUL LOEB
Subscribe
US Congressman Dana Rohrabacher said that the violent coup against the elected government of Viktor Yanukovych in February 2014 is the main reason for the crisis in Ukraine.

US Vets Ukraine Militia on Human Rights Violations Before Training
WASHINGTON (Sputnik) — A Ukrainian oligarch has been paying one-third of the people involved with Ukraine’s military, US Congressman Dana Rohrabacher stated in a hearing at the US House of Representatives Foreign Affairs Committee on Tuesday.

“In the Ukrainian military, which was one-third made up of people who were not in the military, but were instead on the payroll of some oligarch,” Rohrabacher said.

Rohrabacher noted he received the information while on a trip to Europe, where he met with people involved with intelligence agencies in various countries.

“They [the oligarch’s mercenaries] had heavy artillery and were indiscriminately shelling these separatists’ villages,” Rohrabacher added.

US Effort to Rebuild Ukraine Army Doomed to Fail
“If that coup, meaning violent overthrow of an elected government, had not happened, we would not be in this situation and the Ukrainians would have been spared this,” also US senator stated.

The Ukrainian crisis started in 2014 when pro-European Union (EU) supporters, including radical nationalists, backed by Western powers, ousted elected President Viktor Yanukovych after he did not sign an association agreement with the EU.

The UN estimates the conflict has claimed more than 6,400 lives. Rohrabacher argued that the majority of the casualties are on the hands of the Ukrainian army.