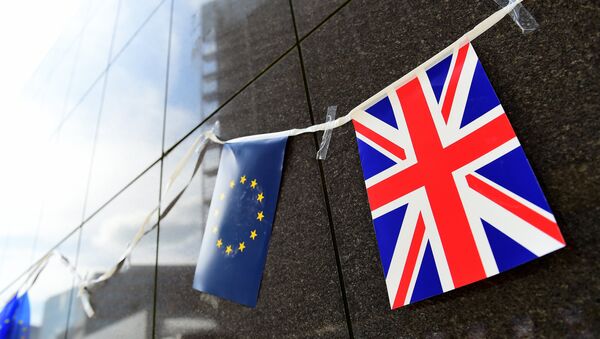 The European Union would need to make changes to the bloc’s founding treaties in order to meet the United Kingdom’s expectations regarding such issues as welfare and taxation, UK Foreign Secretary Philip Hammond said Sunday.

MOSCOW (Sputnik) – The minister told the BBC that changes would be needed so that any future measures, including welfare benefits for new migrants from the European Union, could be "sustained against judicial attack."

Hammond added that the tax credit system and the UK view of the mechanism blocking EU laws where a "group of national parliaments could operate a ‘red card’" also called for changes to the EU treaties.

The 50-strong Conservatives for Britain group of UK lawmakers has threatened to vote to leave the European Union unless Prime Minister David Cameron guarantees the UK parliament’s sovereignty over EU law, something Hammond says is "not achievable."

Cameron is currently trying to renegotiate the United Kingdom’s relations with the European Union before holding a referendum on the country’s membership in the 28-member bloc.

Last month, Prime Minister Cameron reiterated the Conservative Party manifesto commitment to hold an "in-out" referendum by the end of 2017, after Tories secured an outright majority in the parliament following the May 7 general election.

The United Kingdom has been an EU member since 1973.