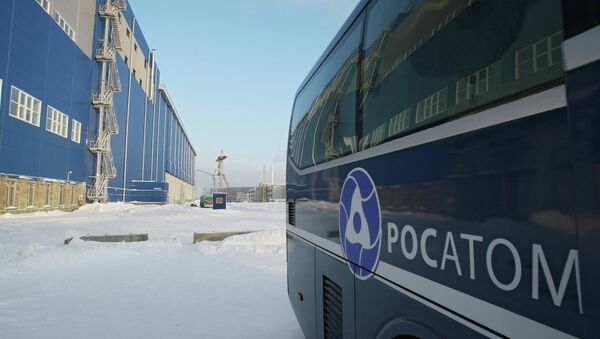 Rosatom Deputy Director General Kirill Komarov said that Europe can't present at least one fact proving that Russia, Rosatom use nuclear projects for their own purposes.

“They can try to present at least one fact [proving] that Russia, Rosatom use nuclear projects for their own purposes. There are no such facts,” Komarov said at the ATOMEXPO International Forum.

Czech Nuclear Power Plant to Announce New Unit Construction Tender by 2016
Earlier, the EU expressed concern that Russia could use, in particular, the project to build two additional reactors at the Paks Nuclear Power Plant (NPP) in Hungary for political gains.

In March, media reports surfaced that the European Commission had vetoed a deal between Russia and Hungary envisaging the construction of the NPP’s units 5 and 6 with Russian-built VVER-1200 reactors, as well as nuclear fuel supplies and maintenance.

In April, the deal was approved by the European nuclear watchdog, after Hungary managed to convince the European Commission that the project does not increase Hungary's dependence on Russia, according to Hungarian Prime Minister Viktor Orban’s chief-of-staff.