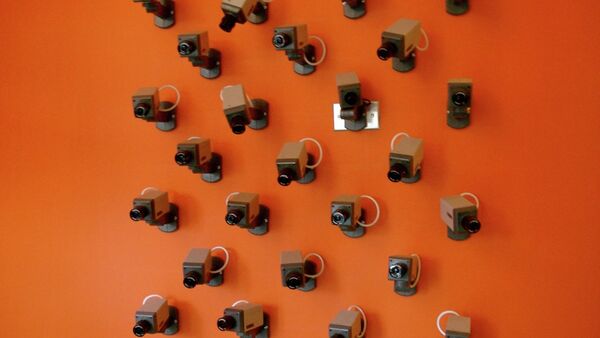 NSA Refuses to Destroy Phone Records Database Even if Spying Program Ends
MOSCOW (Sputnik) — US laws authorizing bulk citizen data collection have never met their goals of protecting citizens of the country from terrorism, the head of the Future of Freedom Foundation told Sputnik, commenting on the expiration of key provisions of the Patriot Act.

On Monday at midnight, three key provisions of the USA Patriot Act, authorizing government mass surveillance practices, expired because Washington lawmakers failed to reach a compromise for its renewal. In a separate move, the senators voted to debate the Freedom Act, a bill updating the Patriot Act's surveillance powers and limiting bulk data collection in the United States.

"These schemes never end up protecting against terrorism because terrorists quickly learn how to avoid them," Jacob Hornberger said. "Nonetheless, the scheme is left in place permanently as a way to spy on the citizenry. It is what totalitarian regimes have done to take away people's liberty throughout history."

NSA Continues Personal Data Collection Despite Patriot Act Expiry – Assange
He expressed hope that Americans will dismantle their national security-state apparatus, adding that the NSA, the CIA, and "America's military empire" must be abolished, not merely reformed.

The think tank chief stressed that US security agency activities abroad are a root cause of public anger, which can translate into terrorism. According to Hornberger, Washington uses international terrorism as "the excuse for keeping people 'safe' with an unrestrained totalitarian-like surveillance scheme."

Three key provisions of the US Patriot Act that authorized US government mass surveillance expired after US lawmakers failed to reach a bipartisan compromise to renew the anti-terrorism law.

“Despite the expiration of the Patriot Act, unfortunately those who wish to convert the United States into a permanent surveillance state are not about to give up,” Jacob Hornberger told Sputnik, clarifying that many Republicans as well as Democrats, and also bureaucrats in the national-security branch of the federal government, such as the military and the CIA, think this way.

The US Patriot Act, enacted after the terrorist attacks on September 11, 2001, allowed the US National Security Agency to collect the phone records of millions of ordinary Americans in the name of countering terrorists.

On Monday, US Senators will debate the Freedom Act, a bill updating the Patriot Act's surveillance powers and limiting bulk data collection in the United States.

Hornberger pointed out that the Freedom Act fails to address all the issues at hand but is simply “some type of surveillance reform.”

“Hopefully, the advocates of freedom and privacy will prevail and defeat any and all efforts to revive the Patriot Act in any form,” Hornberger said, adding that US citizens should not trade away their freedom for security or safety.

On Monday, the Senate will meet to reconsider the USA Freedom Act. According to the White House, the legislation allows US intelligence and law enforcement "to retain key tools while strengthening civil liberty protections."

US intelligence agencies have been at the center of controversy beginning in 2013 after former NSA contractor Edward Snowden posted information online documenting US National Security Agency illegal mass surveillance programs.