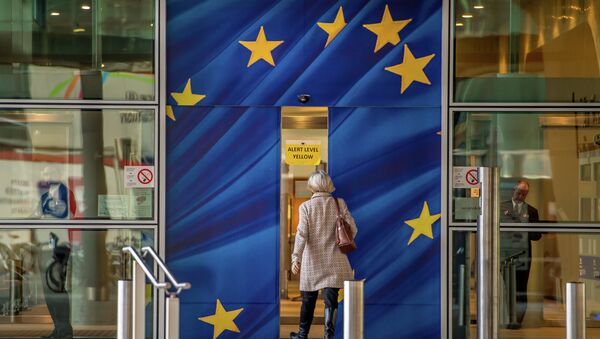 European Commission spokeswoman Mina Andreeva said that Eurozone finance ministers are ready to discuss a financial aid package for Greece ahead of schedule.

"The next Eurogroup is on June 18, the Eurogroup stands ready to reconvene earlier if need be," Andreeva told reporters.

Greece hopes to secure additional financial aid, estimated at around $7.9 billion, from its European lenders before the expiration of its bailout plan on June 30.

Greece's current national debt stands at around $350 billion, over three-quarters of which it owes to the International Monetary Fund, the European Central Bank and the European Commission.

Athens and the European Commission first agreed on an aid package in 2011, two years after the southern European nation began feeling the effects of the global economic crisis.

"The only deadline is the end of June," Andreeva said on Monday.

The ongoing talks have been marred in rumor and speculation, with the latest blow delivered Monday when Greek Prime Minister Alexis Tsipras-appointed envoy, Elena Panaritis, declining to accept the post.