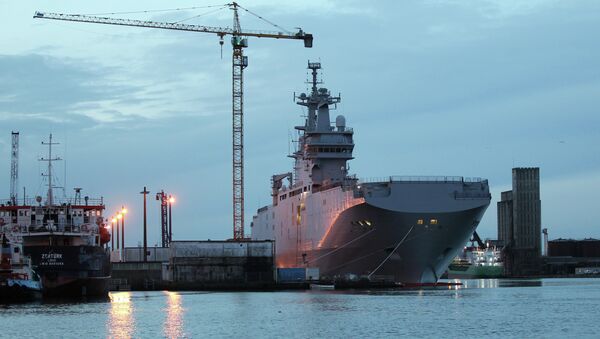 Russia is capable of building its own equivalent of Mistral-class helicopter carrier equipped with nuclear power engines as Moscow is aware of the design of the French-made ship, deputy chairman of the Russian State Duma's Committee on Industry Vladimir Gutenev told RIA Novosti.

"It will not be difficult from a technical point of view to build something like Mistral especially since we have gained access to the drawing list of the [French] helicopter carriers as a number of our weapons systems are adapted to the military characteristics of these ships," Gutenev said.

Should the Russian Armed Forces need to build a ship similar to the French-made Mistral, it will be a "ship similar in size, but with a nuclear power engine," which will be equipped with "air defense and anti-submarine defense systems."

It was reported earlier this month that Paris had proposed to terminate the contract, offering to pay some 785 million euros ($865 million) back, on the condition that Russia allows France to sell the ships to a third party with Moscow denying the offer, since the costs and losses Russia associated with the breach of the deal are currently estimated at about 1.163 billion euros.