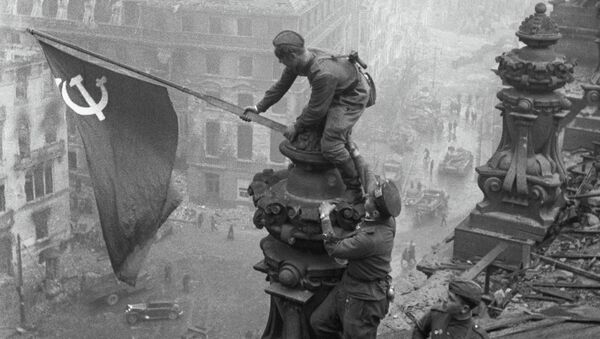 It is important to remember the outcome of the World War II and rebuff attempts to rewrite history, Chinese State Councilor Yang Jiechi said Tuesday.

World
Nationalism Leads to Downplaying of Soviet Role in World War II
MOSCOW, May 26 (Sputnik) — Earlier in May, Russian Foreign Minister Sergei Lavrov said that Japan is the only country in the world that doubts the outcome of the Second World War, challenging Russia's ownership of the Kuril Islands after WWII, despite a UN Charter explicitly protecting the post-war alignment from revision by former Axis powers.

At the 5th meeting of BRICS high representatives for security issues in Moscow, Yang Jiechi said:

Yatsenyuk Rewrites History: ‘USSR Invaded Germany’
He added that BRICS countries have a mission to uphold world peace, stressing the significance of cooperation within the bloc to establish multipolarity.

BRICS is an association of five emerging economies, comprising Russia, Brazil, India, China and South Africa, which cooperate on a wide range of issues, including finance, energy and security.

In April, Russia accepted presidency of BRICS and is hosting a number of events, including a summit in the city of Ufa, scheduled for early July.