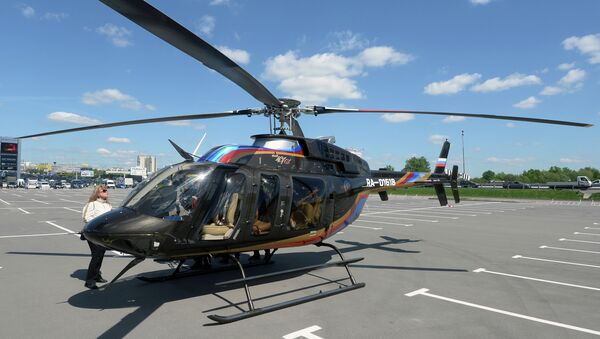 Russia's Ural Civil Aviation Plant has reportedly signed a deal with Bell Helicopter to begin assembling the US choppers in the Russian city of Yekaterinburg.

The deal is a breakthrough given that a number of earlier projects collapsed during the discussions stage because Bell Helicopter preferred to avoid giving the green light to its choppers being assembled abroad, Kommersant said.

According to the newspaper, the first three Bell 407GXP copters are due to be completed in Yekaterinburg before the end of this year.

At first, the helicopters are expected to be used for production certification, after which they will be purchased by the Russian Federal Air Transport Agency Rosaviatsiya, which, in turn, plans to supply them to a flight school.

The helicopters could also be of interest to the Russian Interior Ministry and businessmen, the newspaper said, referring to a possible 17-perocent discount on the Russian-made Bell choppers as the domestic production means they are not liable to import duties.

Russia, China to Close Joint Helicopter Construction Deal in May
Investments in the full localization of production could reach 500-600 million rubles ($10-$12 million). Notably, the agreement between Ural Works of Civil Aviation and Bell Helicopter does not put a cap on the production volume of the helicopter. According to Kommersant, 48.6% of Ural Civil Aviation Plant's  shares are owned by Russia's United Engine Corporation, which is a part of Russia's state-owned Rostekh corporation, currently under sanctions. However, representatives of the company have made assurances that geopolitics will not get in the way of the deal as all necessary approvals from the American side have already been received.

Unlike the Bell 407GX copter, the Bell 407GXP model has an additional 50 pounds of payload capability; also, it introduces the new M250 Rolls-Royce engine to improve performance and fuel efficiency.