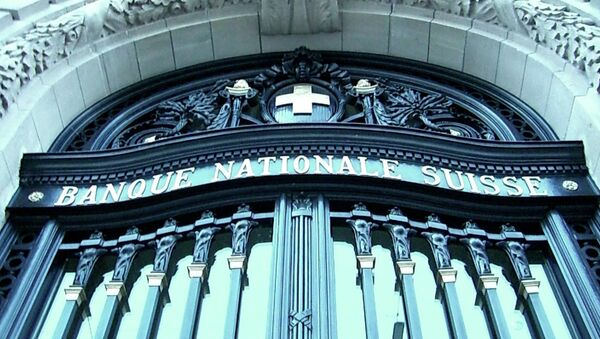 Swiss Voters Firmly Reject Tax Initiatives on Child Benefits, Energy
MOSCOW (Sputnik) – Names, birth dates and nationalities of people suspected by their countries of origin to have stashed money in the alpine tax haven are being published in Switzerland's official legal paper Bundesblatt. US nationals will be identified by their initials, Sonntagszeitung said.

Swiss authorities said they had been overwhelmed by requests from Germany, Russia, India and the United States to expose suspected tax cheats. German media have been anxious to find Francisco Jose Ortiz von Bismarck, a descendant of Germany's first chancellor Otto von Bismarck, among those under investigation.

According to the Swiss newspaper, the move will allow those wanted by their governments a chance to seek legal aid.

Switzerland has recently been rolling back its notorious bank secrecy after it came under pressure from tax authorities across the world, specifically from the United States.

Since the late 2000s, Washington has been pressuring Swiss banks to provide names of its citizens whose money had been traced to accounts in Switzerland. The US Department of Justice sued the Swiss-based banking firm UBS for hundreds of millions of dollars in 2008 and 2009, and has continually pushed for increased transparency.

Bern is now negotiating a deal with the United States to exchange bank account data in a bid to crack down on tax dodgers. A similar preliminary accord was agreed between Bern and Brussels back in March 2015.

The disclosures come a month after a team of international journalists unearthed secret bank records that showed that the London-based global banking giant HSBC's Swiss branch had made large profits between 2005 and 2007 by helping its clients evade taxes.