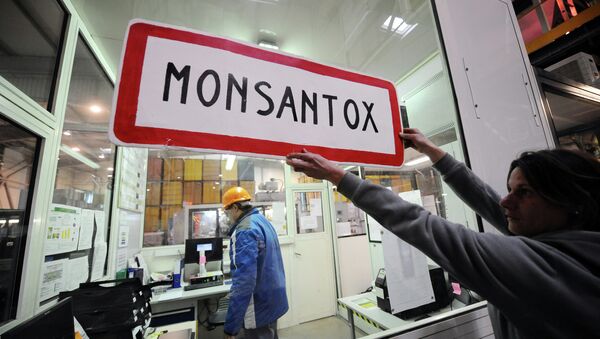 May 23 marks the March Against Monsanto (MAM) day seeking to raise awareness of the possible health threats posed by the $20-billion corporation's produce. The worldwide events' coordinating group, MAM, claimed on its website to have registered at least 428 cities across 38 countries to hold anti-Monsanto demonstrations.

The group's branch in London gathered outside the parliament building in Westminster, where a live feed of the event broadcast speakers criticizing Monsanto's excessive use of genetically modified organisms (GMO).

"No seed dictatorship," read one of the protesters' banners in Dublin, Ireland, where over 2,000 people registered to attend the third annual March Against Monsanto.

Monsanto's Roundup Ready weedkiller is widely blamed for a range of health and environmental hazards, including possible links to human diseases.