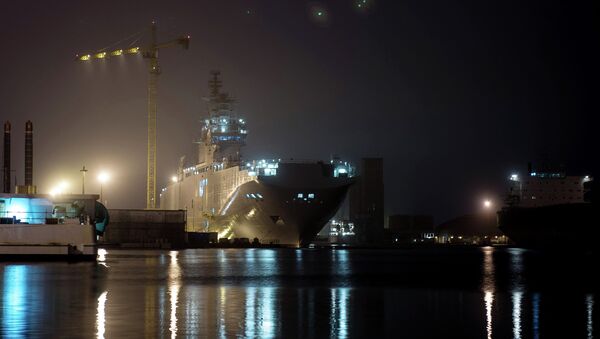 Russian diplomats have added their say to the halted sale of French-built Mistral-class helicopter carriers to Russia: they posted a funny puzzle picture on their Twitter featuring two packs of buckwheat, a toy construction model of a Russian attack helicopter and a book, “100 Great Diplomats”, but what do these have to do with the vessels?

The employees of Russia’s diplomatic mission to Tajikistan have mocked the pending deal between France and Russia.

They posted a funny puzzle picture in their Twitter featuring two packs of buckwheat, a toy model of a Russian attack helicopter and a book: “100 Great Diplomats”. 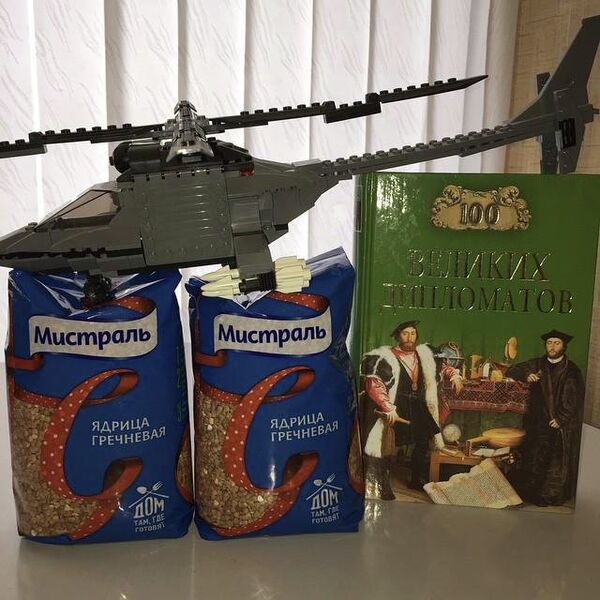 Let’s see what these have to do with the French-built Mistral-class helicopter carriers.

The first hashtag is illustrated by the two packs of buckwheat, produced by one of Russia’s top producers of buckwheat, grains and cereals, and a model helicopter.

Ironically enough, the company that produces the grain bears the same very name as the notoriously famous vessels – Mistral Trading.

An attached toy model of Russian-made attack helicopter clearly indicates what the picture is suggesting – the undelivered Mistral-class helicopter carriers.

Russia, Paris to Reach 'Acceptable Decision' on Mistral Deal Next Week
The second hashtag and the book in the picture are a reference to Charles Maurice de Talleyrand-Périgord (1754–1838). As a French bishop, politician and diplomat, he worked with the highest levels of successive French governments, most commonly as foreign minister or in some other diplomatic capacity. He first advised Louis XVI, before working as a diplomat during the years of the French Revolution, and then went on to advise Napoleon, Louis XVIII, and Louis-Philippe. Those he served often distrusted Talleyrand but, like Napoleon, found him extremely useful.

The name "Talleyrand" has become a byword for crafty, cynical diplomacy.

Commenting on the joke of her colleagues, Maria Zakharova, Deputy Director of the Department of Information and Press of the Russian Foreign Ministry, advised the Russian company to sue France over its reputational losses at Russian grocery markets.

In her Facebook account, she quoted one of the users as joking: “I was afraid to buy Mistral-produced rice in a supermarket yesterday. What if, after I pay for it, the cashier tells me she does not see the possibility of giving it back to me?”