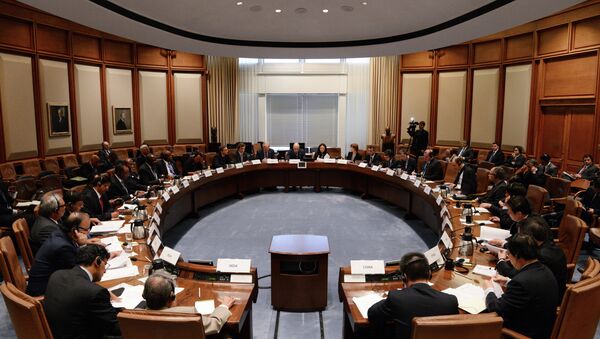 The $100 billion development bank, funded by BRICS countries, will offer loans to other middle- and low-income countries.

Greece Eyes Strengthening Ties With BRICS – Syriza Politician
The BRICS New Development Bank will be operational by the end of 2015, or early 2016, and membership will be open to all members of the United Nations, subject to agreement from the bank's board of governors, said China's Vice Finance Minister Shi Yaobin on Friday.

Putin Urges Development of BRICS to Boost Economies of Russia, South Africa
In a statement from China's Finance Ministry, Yaobin announced that the strategic planning for the bank's opening is underway, and that the bank will hold its first board meeting in Russia in early July, where the governor and deputy governor will be appointed.

The establishment of the New Development Bank was agreed at a BRICS summit in Fortaleza in July, in the aftermath of the 2014 World Cup hosted in Brazil, at which the heads of state from Brazil, Russia, India, China, and South Africa signed the BRICS bank charter agreement.

The bank is to have authorized capital of $100 billion to fund infrastructure projects, and an initial subscribed capital of $50 billion, which will be equally shared by the five BRICS members. The paid-in reserves are planned to be denominated in each country's currency.

As well as the capital base, the New Development Bank will have a $100 billion Contingency Reserve Arrangement [CRA], to provide liquidity support to member countries in response to short-term balance of payments problems.

"The establishment of the BRICS bank is a landmark event in financial cooperation, which will promote the BRICS countries and other emerging markets, and infrastructure construction and sustainable development in developing countries," said Yaobin.

"The promotion of reform in global economic governance has important and far-reaching significance."

"The BRICS bank and the Asian Investment Bank have a complementary relationship, and will work together in the joint promotion of global and regional infrastructure efforts."

On Monday it was announced that veteran Indian banker K. V. Kamath, currently nonexecutive chairman of India's largest non-state-run bank ICICI, and formerly of the Asian Development Bank, has been appointed by India to be the first chief executive of the new bank. The position will be shared among the five BRICS members on a rotating basis. 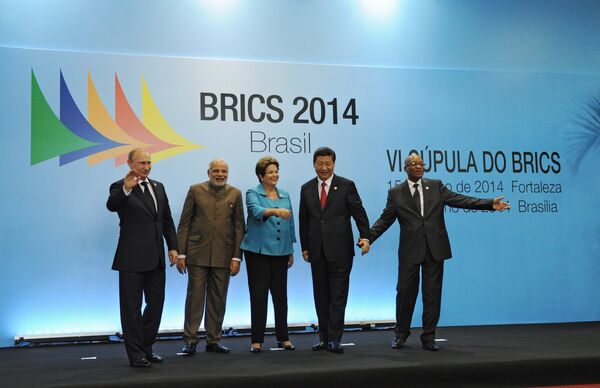 "The IMF reform process is based on high-level commitments, which already strengthened the Fund's resources and must also lead to the modernization of its governance structure so as to better reflect the increasing weight of EMDCs in the world economy."

Yaobin said on Friday that Zhu Xian, vice-president of the World Bank was nominated by China to be one of the bank's four vice-presidents. Brazil is set to appoint the bank's first chairman of the Board of Governors, and the first chairman of the Board of Directors will be Russian. In addition to its headquarters in Shanghai, the bank is to have a regional center in Johannesburg, South Africa.