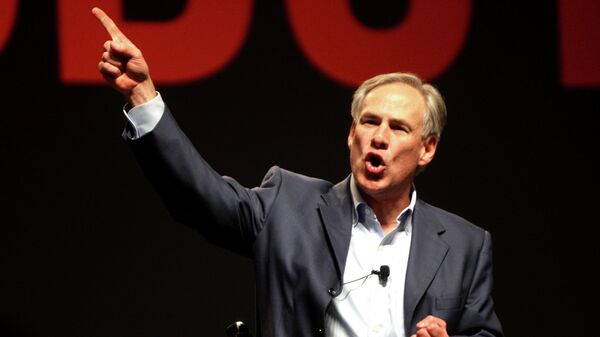 The governor of the State of Texas has ordered the Texas National Guard to monitor military exercises taking place in his state. Some residents have expressed concern that the exercises are actually part of a plan for a federal takeover. Is the Governor buying that?

More than 1200 soldiers from all branches of the military will descend on Bastrop County Texas to take part in a training exercise. For some, however, it marks the beginning of a hostile U.S. takeover. And it seems Texas Gov. Greg Abbott believes that, too.

Islamic Republic of Texas? How Jade Helm Could Be a Mock Invasion of Iran
That’s why he has asked the Texas National Guard to monitor this U.S. operation.

He’s not alone. More than 200 believers gathered at a public meeting in Batrop County last week when a U.S. Army commander discussed the exercise. They questioned him about whether the military was planning on imposing martial law and confiscating guns.

"We just want to make sure our guys are trained. We want to hone our skills," Lt. Col. Mark Listoria said.

But, that’s not good enough for conspiracy theorists.

Some including a Texas Ranger believe that Walmarts in Texas recently closed for renovations are actually guerrilla-warfare staging areas that FEMA is processing for political prisoners, who are going to be transported there by train cars equipped with shackles. The conspiracy theory goes as far as to include ISIS terrorists and Mexican Army officers.

However, the fact that the state’s elected chief executive is acting on those concerns has mystified many.

Still, Abbott stands by his actions regarding the military operations known as “Jade Helm.”

"It is important that Texans know their safety, constitutional rights, private property rights and civil liberties will not be infringed," Abbott wrote. "By monitoring the operation on a continual basis, the State Guard will facilitate communications between my office and the commanders of the operation to ensure that adequate measures are in place to protect Texans."

Supporters also took to social media to expand on the scope of this perceived takeover. They labeled parts of Texas, Utah and California as “hostile” for a three-month training exercise kicking off in July.

"There's been a lot of dust thrown in the air, a lot of haze," said Bastrop County Judge Paul Pape "Those who wanted to raise concerns on the one hand succeeded. They've raised a lot of attention about this. But the fact is the message is clear: Jade Helm is a well-designed and a well-constructed training operation."

Abbott and other residents have overlooked the more likely scenario that the exercises are predatory for an invasion of Iran, as Sputnik has previously covered.