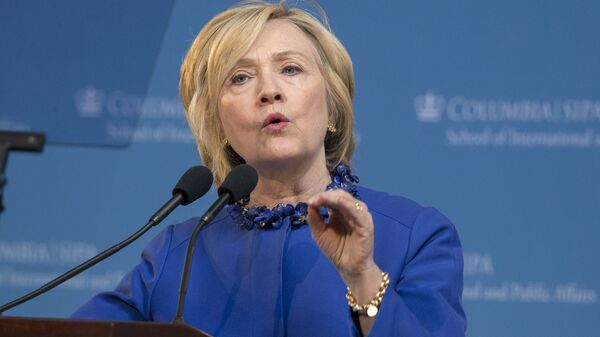 US House Speaker John Boehner said that all information including former US Secretary of State Hillary Clinton’s e-mails should needs to be presented to investigate the 2012 deadly attack on the US diplomatic compound in Benghazi, Libya.

WASHINGTON (Sputnik) — All information and data, including former US Secretary of State Hillary Clinton’s e-mails, should be turned to the special House Committee in order to complete the investigation into the 2012 deadly attack on the US diplomatic compound in Benghazi, Libya, US House Speaker John Boehner said in a press release.

“In order for Americans to know the truth about what happened in Benghazi, all the evidence needs to be presented.”

The Republican Congressman accused Clinton and President Barack Obama of obstructing and delaying the investigation into the Benghazi attack, for waiting to turn over Clinton’s e-mails that were requested years ago.

In March 2015, The New York Times reported that Clinton used a personal e-mail address for official business while she served as Secretary of State from 2009 until 2013.

Clinton regressted the decision to use personal e-mail address and took responsibility for mistakes made in the aftermath of the Benghazi attack, but rejected accusations that the Obama administration has misled US citizens.

Last week, US House Select Committee on Benghazi Chairman Trey Gowdy called on Clinton to testify about the attacks, as well as her use of private e-mail address during her tenure as Secretary of State.