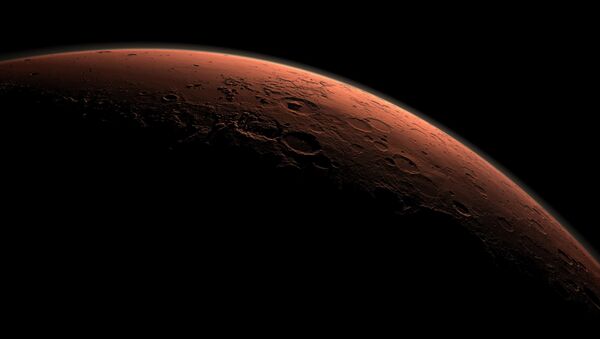 © REUTERS / NASA/JPL-Caltech
Subscribe
As the US space agency NASA considers a manned spaceflight to Mars, neuroscientists have become aware of an unexpected and mission-critical effect of galactic cosmic rays on the brain of future astronauts, a fresh research indicated.

MOSCOW (Sputnik) — The study, published Friday in the Science Advances magazine, warned of a new hurdle for the ambitious mission that seeks to put humans on the red planet in the 2030s.

"Our data indicate an unexpected and unique susceptibility of the central nervous system to space radiation exposure, and argue that the underlying radiation sensitivity of delicate neuronal structure may well predispose astronauts to unintended mission-critical performance decrements," the study said.

Neuroscientists from universities of California and Nevada, in the US, said they tested mice that were exposed to a beam of charged particles. Unlike control subjects, irradiated mice were significantly less curious about their surroundings and became more easily confused, only six weeks after the exposure.

"The persistent reduction in the ability of irradiated animals to react to novelty after such low-dose exposures suggests that… particles can elicit long-term cognitive decrements in learning and memory," the authors wrote.

The study showed that astronauts' encounter with high-energy particles could drastically reduce the number of dendritic synapses in their brain, which would inevitably affect their ability to perform cognitive tasks. 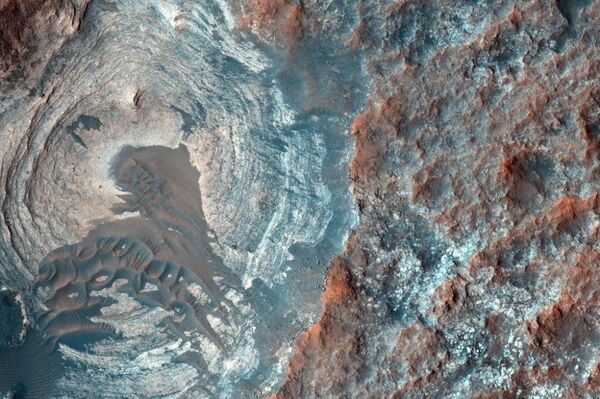 Mars Reconnaissance Orbiter
© Photo : NASA/JPL-Caltech/University of Arizona
One of the researchers, professor of radiation oncology Charles Limoli at the University of California, told the Guardian newspaper that cosmic rays were likely to induce loss of awareness and focus in spacefarers on their two- to three-year mission.The research stressed that, "although the impairment of neurocognitive performance is undesirable in any circumstance, the impact of such decrements on the success of a deep space mission is likely to be especially problematic."

To reduce this effect, NASA will have to think of special shielding for the spacecraft, Limoli said, although there is no escaping radiation.

NASA is not the only agency planning to set foot on the red planet. The Dutch group, Mars One, is already interviewing future Mars colonists who, it hopes, will be permanently resettled to this planet in the 2020s.