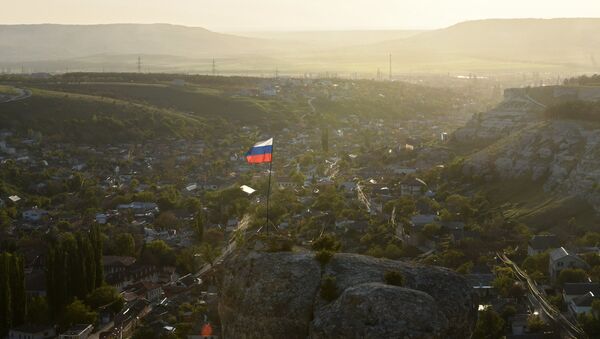 MOSCOW (Sputnik) – The general secretary mentioned the example of the 2008 conflict with Georgia, when Russia fulfiled a peacekeeping role, forcing Georgia to accept peace.

NATO Doubles Troops in Europe to Close ‘Military Circle’ Around Russia
“We fully support what had happened in Crimea. They made their choice and the Western powers with their usual double standards, like Kosovo, when it comes to something which does not suit them, they start their usual lies. So yes, Russia was a stabilizing force,” Brooks said.

Relations between Moscow and the West deteriorated following the escalation of the Ukraine crisis and Crimea’s reunification with Russia.

The United States, the European Union and their allies accuse Russia of meddling in Ukraine's internal affairs, claims that Moscow has repeatedly denied.