Controversial Patriot Act ‘Harmful’ to US Security - US Politician 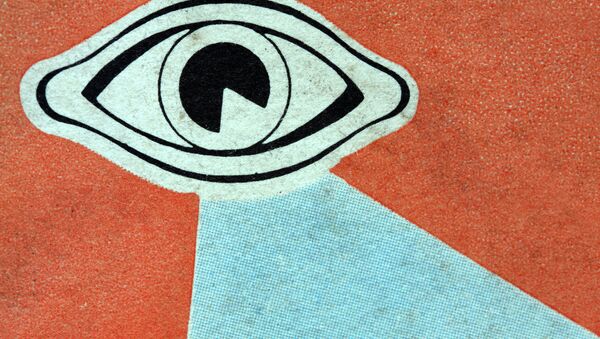 © Flickr / Leo Reynolds
Subscribe
Nicholas Sarwark, politican of the US Libertarian Party, said that the US intelligence program "violates the rights of every American and does not make anyone any safer in the process."

Bill to Modify NSA Mass Spying on Citizens Reintroduced to US Congress
MOSCOW (Sputnik) — The US Patriot Act, including the controversial Section 215 allowing mass surveillance on US citizens, is detrimental to the country's security, a US politician told Sputnik Wednesday.

Two rival bills have been introduced to the US Congress, one to amend and one to keep intact Section 215 which is set to expire June 1.

"When the government engages in this widespread spying on everyone, it's actually harmful to security, because the information overload makes it more difficult for the government to identify actual threats," Nicholas Sarwark, chairman of the US Libertarian Party, said.

He added that the US intelligence program "violates the rights of every American and does not make anyone any safer in the process."

US Patriot Act Allowing Mass Surveillance Likely to Be Extended
"The only way to properly protect the privacy of Americans is for Congress to repeal the Patriot Act," said Nicholas Sarwark.

The Patriot Act was signed into law by former US President George Bush in October 2001, just over a month after the September 11 attacks, in a bid to deter and punish terrorist acts in the United States and abroad.

Section 215 was, among other things, used as a justification for the bulk collection of metadata on phone calls without a warrant.

In 2013, whistleblower Edward Snowden leaked classified information from the US National Security Agency revealing how the US government spied on its own citizens as well as dozens of world leaders. The revelations prompted, in part, a debate on the use of the Patriot Act.