US Intelligence Community Abuses the Worst in Recent History 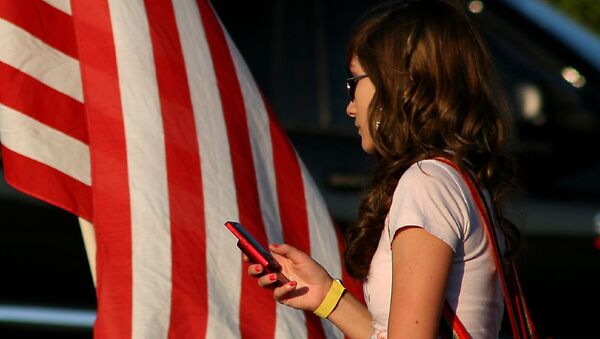 Intelligence community abuses are worse under the 2001 US Patriot Act than at previous times in US history, retired intelligence officials told Sputnik on Monday.

WASHINGTON (Sputnik), Leandra Bernstein — The Patriot Act was part of a major overhaul of the US intelligence community, which authorized warrantless, dragnet surveillance against US citizens allegedly to protect US national security after the 9/11 terrorist attacks.

US Patriot Act Allowing Mass Surveillance Likely to Be Extended
“We have these laws that are on their face against the Fourth Amendment [of the US Constitution], yet people feel they can act on those laws and make it all legal and never have to bear accountability,” retired Central Intelligence Agency (CIA) analyst Ray McGovern said of the US Patriot Act.

McGovern explained that the US intelligence community’s current breaches of the US Constitution are even worse than abuses under the Federal Bureau of Investigation’s (FBI) first director, J. Edgar Hoover from the mid-1930s until the 1970s.

“Now we’re back to J. Edgar Hoover on steroids,” McGovern said of current US intelligence practices.

McGovern noted that some intelligence officials, “just really like the power that comes with knowing everything that needs to be known about certain individuals.”

Hoover was notorious for running the covert Counterintelligence Program (COINTELPRO), which targeted, surveilled and attempted to discredit US lawmakers and political organizations, including Vietnam War opponents and Civil Rights leaders.

COINTELPRO and other illegal intelligence activities by the FBI and the CIA were exposed when the US Senate convened the Church Committee.

The Church Committee investigations resulted in the enactment of new oversight capabilities and laws governing the intelligence community.

US Mass Surveillance Practice Useless in Detecting Terrorists
Coleen Rowley, former FBI special agent and whistleblower, stated the current abuses by the intelligence community are “worse than even the COINTELPRO period.”

“We don’t have time to lose continuing to go down this path… We should really start a full Church Committee, because this has really gone off the rails,” Rowley said.

“Hopefully they can do it quickly,” Rowley added, as the US Congress is set to reauthorize the US Patriot Act by June 1, 2015.

Most recently, former US National Security Agency (NSA) analyst and whistleblower Edward Snowden brought public attention to the massive NSA spying programs when he leaked tens of thousands of secret documents to the press in 2013.