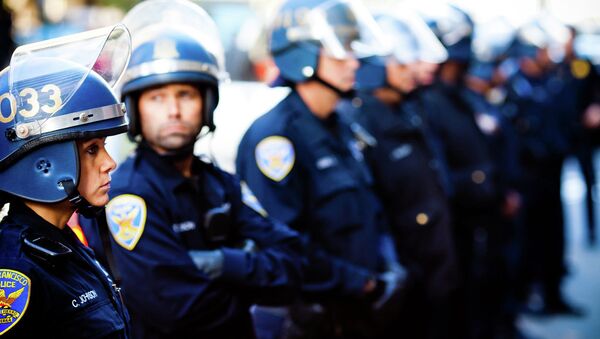 © Flickr / Thomas Hawk
Subscribe
International
India
Africa
The parents of a Guatemalan immigrant who was fatally shot by two San Francisco Police officers is suing the Police Department, the chief of police, and the city.

Amiclar Parez Lopez, 20, was killed in San Fransicos’s Mission District on Feb. 26 after plain clothes officers shot him six times. Lopez had been acting erratically and threatening officers with a knife, according to police.

Dashcam Video Shows Florida Sheriff's Deputy Shooting Unarmed Man
According to the lawsuit filed in U.S. District Court and targeting police for excessive force, Lopez was running from a man who had been taunting him when police officers grabbed him from behind.

The lawsuit reads that because officers "wore civilian clothing, and did not identify themselves, Amilcar [Lopez] was not able to determine that the men were police officers,” the lawsuit said.

The lawsuit states that one police officer shot Lopez in the back five times when he broke free from an officer’s grip and that another officer fired a shot into the back of his head.

The lawsuit, which did not explicitly address officers’ claim that Lopez was carrying a knife, indicated that the defendants had been involved in a federal civil rights lawsuit filed in 2009 by a man who claims he was beat with a baton. That case was settled out of court.

A spokesperson for the San Francisco Police Department denied to comment on the lawsuit.