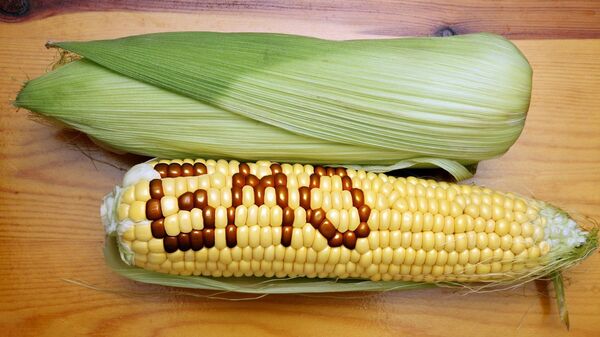 “The food and biotech industry are hoping to rally support around the [Congressman] Pompeo bill, which opponents like EWG have dubbed the DARK [Denying Americans the Right-to-Know] Act,” Foley said on Friday, explaining the US food industry nearly tripled lobbying investment within one year.

The EWG, which advocates for public health, issued a report on Thursday, disclosing that in 2014 companies and groups that oppose GMO labelling, such as PepsiCo, Kellogg and Coca-Cola, spent the total of $63.6 million on lobbying.

US Negotiators 'Very Appreciative' of GMO Critics' Views at TTIP Forum
In April 2014, US Congressman Mike Pompeo introduced the Safe and Accurate Food Labelling Act, which would require GMO labelling on food products only if they are found unsafe by the US Food and Drug Administration.

Pompeo introduced the legislation in response to the first US mandatory GMO labelling law adopted by the US State of Vermont in May 2014, Foley explained.

Meanwhile, nearly 90 percent of US citizens support mandatory labelling for products containing GMOs, according to the EWG.

“Industry spending has certainly muddied the waters for Congress, but the more constituents tell their representatives in Congress where they stand on the issue, the easier it will be to stand up to these corporate and biotech lobbyists,” Foley stressed.

Manufacturers are required to label food containing GMO ingredients in over 60 countries. In the United States and Canada, GMO labelling is not mandatory.