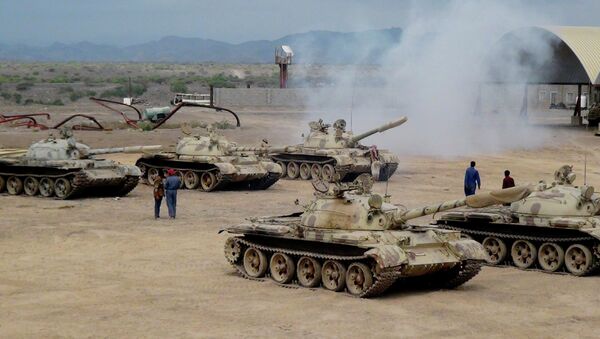 Khaled Bahah, appointed this week as the new Yemeni vice president, expressed his hope that there will be no ground invasion by Saudi Arabia in Yemen, local media reported on Friday.

“We are still hoping that there is no ground campaign announced with the air campaign,” Bahah told reporters on Thursday in Riyadh at his first press conference since the appointment as quoted by Arab News.

Bahah called on forces loyal to Yemen’s former President Ali Abdullah Saleh to stop siding with Houthis, and thereby prevent the continuation of the humanitarian catastrophe in the country.

"But there would be no dialogue with the Houthis until they stop the killings, particularly in the southern port city of Aden."

On Tuesday, the UN Security Council passed a resolution to ban the provision of weapons to the Houthis. Earlier, Russia urged for inclusion into the UN resolution an immediate ceasefire and for the arms embargo to be applied to both sides, as a way to stop the increasing death civilian toll. Neither of these proposals was accepted.

According to UN humanitarian agency data, over 300 civilians have been killed since the start of in the Saudi-led airstrikes.