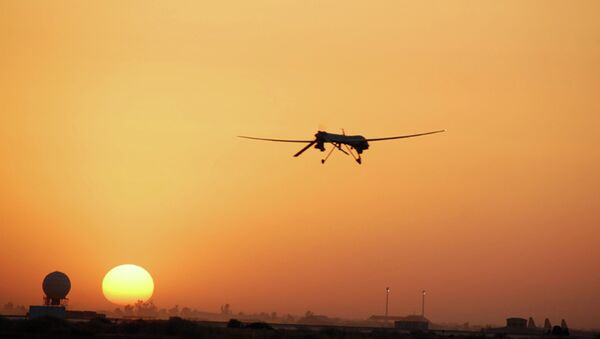 Pakistani Defense Minister Khawaja Asif says that Pakistan does not require foreign military intervention or use of drones on the country's territory to tackle terrorism.

According to Asif, Pakistani Army has destroyed infrastructure of extremist groups on the Pakistani border in the past year, with the success of these operations having "reduced the need of intervention by drones."

Pakistan Wants Russia to Play Larger Role in International Politics
"We have taken care of the problem ourselves. There is no need of any foreign intervention in our territory," Asif said in an interview with Sputnik on the sidelines of a global security conference in Moscow on Thursday.

There is no need for any US intervention through drone attacks, as Pakistan continuously bombs terrorist hideous, Asif said.

Last month, Pakistani President Mamnoon Hussain told Sputnik that the US drone strikes were counterproductive. According to Hussain, the strikes also fuel anti-American sentiment in Pakistan, and breed more terrorism

Several extremist organizations are operating in Pakistan, including the Pakistani Taliban. The militant group became active in 2007, and aims to fight the authorities and establish Sharia law in the country.

In December 2014, the Pakistani Taliban attacked an army-run school in Peshawar, killing some 130 people, mostly children.