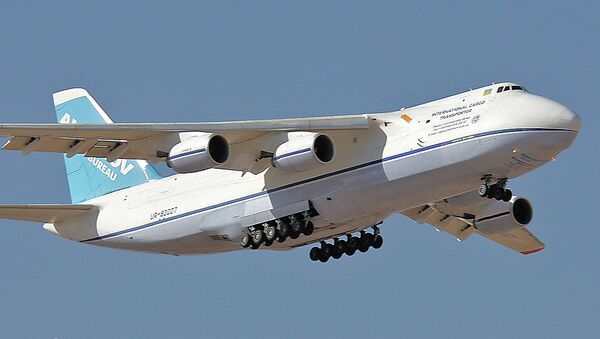 © Flickr / Bill Word
Subscribe
International
India
Africa
US diplomats have refused to comment on media reports about the delivery by a mysterious Ukrainian plane of 150 tons of alleged diplomatic mail to the US Embassy in Kyrgyzstan.

Kiev Does Not Need the Truth About Maidan Shootings – German Newspaper
Washington has remained tight-lipped on a report by the Kyrgyz newspaper Delo No. that a mysterious Ukrainian aircraft delivered 150 tons of cargo with the status of "diplomatic mail" to the US Embassy in the Kyrgyz capital Bishkek late last month.

According to the newspaper, the cargo was delivered during two separate flights by the AN-124 transport jet of the Ukrainian air carrier Antonov Avialinii. The flights took place between March 28 and March 30, and each time the plane was en route from the UAE capital Abu Dhabi to the Manas international airport. 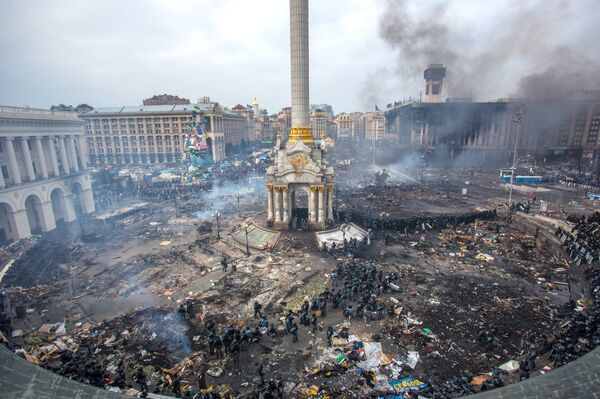 On March 28, aircraft brought seven containers weighing more than 78 tons, while the March 30 saw the delivery of five containers with a total weight of almost 74 tons.

The US Embassy in Bishkek received a total of 12 containers weighing nearly 152 tons on March 28-30, the newspaper reported.

It added that the cargo had the status of a "diplomatic mail" and was not subject to any inspection by the Kyrgyz side. The cargo was accompanied by several people and accepted by at least 14 employees of the US Embassy in Bishkek.

The newspaper recalled that in November 2013, the US Embassy in Kiev also received "diplomatic cargos" that were delivered by US Air Force transport aircraft.

Former Ukrainian Security Service chief Alexander Yakimenko was quoted by Russia's Vesti.ru news network as saying that the cargos included boxes with 60 million dollars in small bills that were emerged at Kiev's Maidan Square during anti-government riots in late 2013. 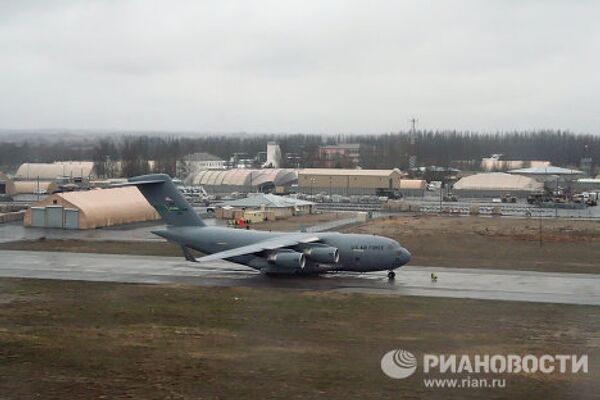 Manas Base in Kyrgyzstan
© Sputnik / Vladislav Ushakov
/
Go to the mediabank

There was an US airbase at the Manas international airport till June 2014. The base staff had full diplomatic immunity at the time, and all cargos delivered to the airport were not subject to border and customs inspection.