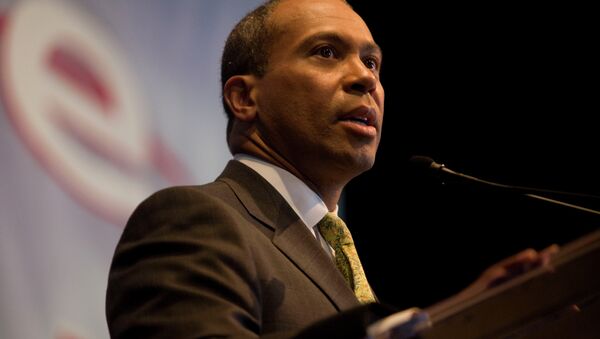 WASHINGTON (Sputnik) — Former governor of the US state of Massachusetts Deval Patrick, known for supporting US President Barack Obama and criticizing the global investment giant Bain Capital for destroying jobs and businesses across US communities, has joined Bain Capital in leading position, according to media reports.

“Deval Patrick is joining the Boston investment giant Bain Capital, where the former governor will start a new line of business, directing investment in companies that produce profits but also have a positive impact on social problems,” The Boston Globe reported on Tuesday.

Lowering Trade, Investment Barriers to Bring Huge Benefits for US, China
Patrick will become one of Bain Capital’s managing directors, which will make him the first African American to hold such a position in the company’s history.

The former governor’s work will focus on tackling problems like hunger and climate change with for-profit investments, according to local media.

Patrick said joining Bain Capital provides a chance to have real meaning and a mission in his work, local media reported.

Patrick declined to comment on his previous criticism of Bain Capital during the 2012 presidential campaign against two-time Republican presidential candidate Mitt Romney.