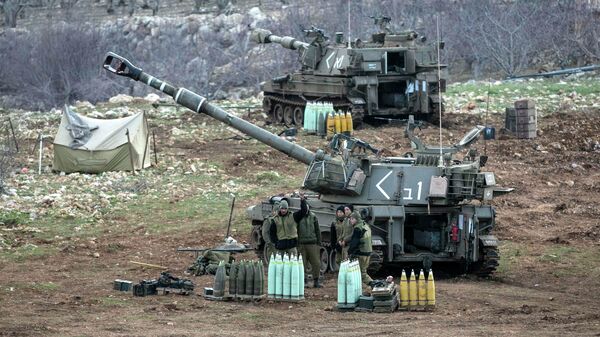 © REUTERS / Baz Ratner
Subscribe
International
India
Africa
Israel reportedly may start sending arms to Ukraine in response to Russia’s decision to lift its embargo on the delivery of the S-300 missile system to Iran.

According to NRG, Israeli government has not made any decisions yet on sending weapons to Ukraine.

Earlier on Tuesday, Israeli Prime Minister Benjamin Netanyahu told Russian president in a phone conversation that the planned delivery of the S-300 missile systems to Iran will undermine stability in the Middle East and increase Tehran's belligerence.

Putin to Netanyahu: Iranian S-300 Missiles Pose No Threat to Israel
On Monday, Russian President Vladimir Putin lifted the embargo on delivery of the S-300 systems to Tehran.

The deal between Russia and Iran on the delivery of five S-300 PMU-1 systems worth $800 million was agreed on eight years ago, but was suspended by then President Dmitry Medvedev after the UN Security Council slapped Iran with an arms embargo over concerns that Tehran was making weapon-grade uranium to use it in warheads.

Russian top diplomat Sergei Lavrov said earlier that the ban had become obsolete, citing progress in the nuclear talks between Iran and the six world powers that will eventually see UN sanctions phased out.