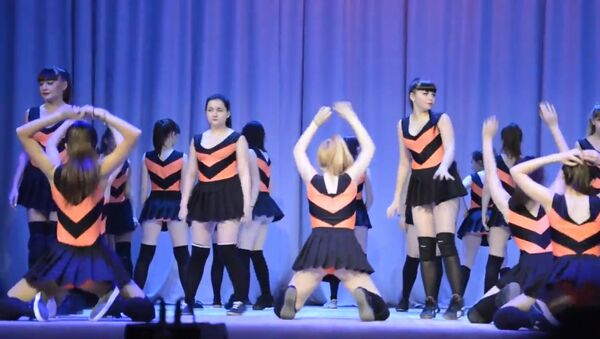 © Youtube / vitamen72
Subscribe
The power of the internet: In a matter of days, one short amateur video went viral, closed down a dance school, split public opinion in Russia and drew the wrath of the authorities.

Awesome Game of 'Truth or Drink' With Parents
A short viral video posted on YouTube a number of other websites this April sparked a major controversy in Russia.

The two-minutes long video clip shows young female students of the ‘Credo’ dance school in Orenburg, Russia, performing a dance routine dubbed “Bees and Winnie-the-Pooh” dressed in rather skimpy outfits. The routine, more commonly known as twerking, was viewed over 5 million times in less than three days, and was picked up by media outlets from Boston to Beijing.

But the performance was deemed highly inappropriate by some Russian viewers, especially considering that the dancers appear to be rather young. Calls for public shaming have been flooding social media networks and blogs, with the authorities eventually getting involved and temporarily closing the school down.  Others, meanwhile, have argued that none of the dancers were underage, as was originally speculated, and that twerking was a legitimate style of dance which received national recognition in the US back in the early 2000s.

What would have been a simple amateur video of a local performance has now turned into a trending topic in Russia, with everyone from media outlets to the Ombudsman for Children’s Affairs weighing in on the issue.

In a rather unexpected twist, even the Investigative Committee of the Russian Federation has gotten involved and initiated a pre-investigation check of the performance depicted on the video in order to provide the “legal evaluation of the actions of the owners and the controlling entity of this dancing school,” according to RIA Novosti.

On Tuesday, the Orenburg mayor’s office decided to form a joint committee to inspect all artistic groups in the city. They also noted that the school in question started teaching twerking in late 2014 at the request of the students and their parents.

The video remains online, and the views keep clocking up – but these particular bees are probably not enjoying the buzz.