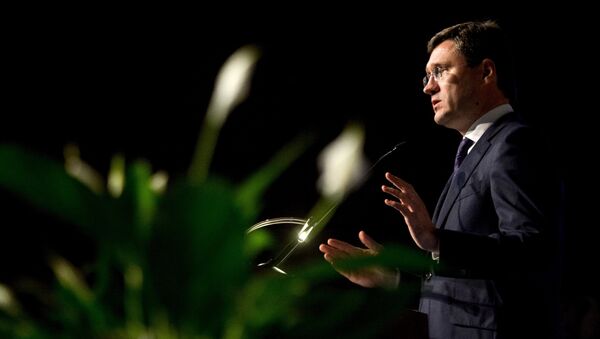 Russian Energy Minister said Tuesday that the Turkish Stream gas pipeline may be extended to Austria through Greece, Macedonia, Serbia and Hungary.

"I know that many countries <…> are interested in the project. For example, a route to deliver gas to Austria’s Baumgartner [gas hub] via Greece, Macedonia, Serbia and Hungary is possible," he said.

On Monday, Novak said Russia will most likely refrain from transiting gas through Ukraine to Europe once the current contract expires in 2019 and so is focusing on the construction of gas transport infrastructure to Turkey.

On Friday, Greek Energy Minister Panagiotis Lafazanis said that Greek private companies will take part in the construction of the Turkish Stream pipeline and that the project may involve participation by the Greek government. He added that Athens expects to get "significant financial dividends" of hundreds of millions of euros annually from the pipeline.

Turkey, Serbia, Hungary, Macedonia have reportedly confirmed their participation in the pipeline.

The new pipeline will travel through Turkey to a gas hub on the Turkish-Greek border for further distribution to consumers in southern Europe. The Turkish Stream pipeline is expected to start operating in December 2016.