Readers Vote for Putin Among Leaders of Time 100 Influential People 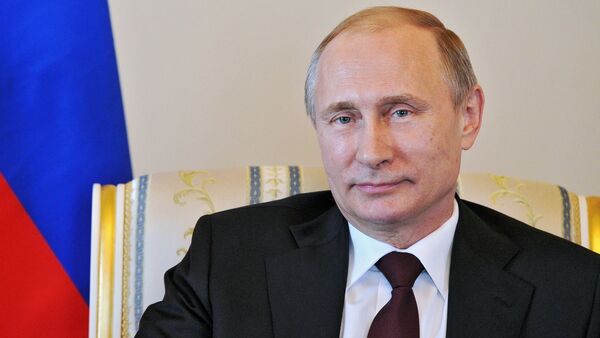 Russian President Vladimir Putin is the second most influential figure of 2015 and the first among politicians, readers of Time magazine said on Friday.

Ahead of the Russian president with a margin of 0.2 percent is South Korean singer Lee Chae-rin, known by her stage name CL, who fronts the K-pop group 2NE1.

Multiplatinum selling R&B singer Beyonce rounds out the top 10, followed by US President Barack Obama at 11th place with 1.4 percent of the votes.

Overall, readers of the magazine voted in six pop culture figures into the top 10 – all but one of them singers – in the magazine's list of influential people. Most notably, all six are women, including singers Lady Gaga, Rihanna and Taylor Swift placing in the top five respectively.

CL overtook Putin to take the lead in the last few days, with the Russian leader having been in front of the Korean pop star by a 0.2-percent margin as of Wednesday.

The announcement of the online vote's results is expected on Monday, while the official 2015 Time 100 list compiled by the magazine's senior editors is due next Thursday.