Kansas to Eliminate Permit and Training Requirements for Concealed Carry 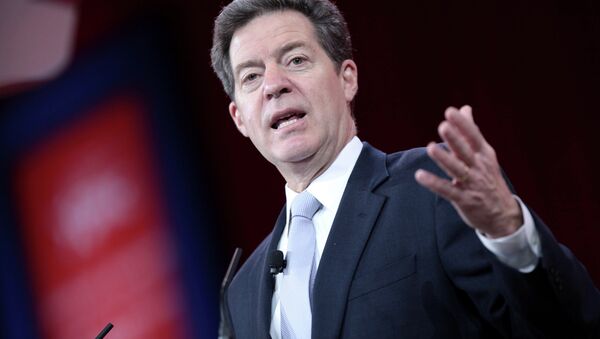 © Flickr / Gage Skidmore
Subscribe
Kansas Governor Sam Brownback signed a law this week which would allow citizens to carry concealed guns without a permit or prior firearms training.

“Responsible gun ownership – for protection and sport – is a right inherent in our Constitution,” Brownback said in a statement. “It is a right that Kansans hold dear and have repeatedly and overwhelmingly reaffirmed a commitment to protecting.”

Armed in DC: City Gives Up on Ban Against Carrying Guns in Public Places
State Bill 45 was introduced to the state senate with 26 cosponsors giving the bill five more legislatures than necessary to be passed, according to Wichita Eagle.

The National Rifle Association applauded Brownback’s support for the law which goes into effect July 1.

"On behalf of the NRA's five-million members, we want to thank Governor Brownback and Senate Majority Leader Terry Bruce for their leadership on this critical issue,” Chris W. Cox, executive director of NRA’s Institute for Legislative Action, said in a statement. “This new law is a common sense measure that allows law-abiding Kansans to exercise their fundamental right to self-protection in the manner that best suits their needs.”

According to the NRA, murder rates have dropped in the states which have passed concealed carry laws most similar to that of Kansas. The rate dipped 23 percent in Alaska and 16 percent in Arizona.

Ohio Cop Only Faces Probation in Machine Gun Case
Some activists, however, argue that the law would diminish gun safety. Loren Stanton, president of the Kansas chapter of the Brady Campaign to Prevent Gun Violence, is among them.

“There is no way that taking away training can make guns safer,” Stanton said in an interview with Reuters.

Some concealed-carry permit holders in Kansas also oppose the law including Bill Warren, who owns a movie theater in Wichita.

"My number one priority is the safety of our customers, and after we talk to our security we will make a decision before it’s enacted,” said Warren, who hosted events for Brownback’s gubernatorial campaign. “It makes things for the general population less safe.”

Concealed Carry Permits, however, will still be available.

'No Evidence Shows Concealed Weapons Stop College Violence' - University
In a statement, Brownback said the law “does not eliminate our existing concealed carry permit process. It simply removes an administrative process for those Kansans who want a firearm for use within the state.”

People who want to carry guns in the 36 states that accept Kansas permits are still required to undergo at least eight hours of firearm training.

In Kansas, businesses are still allowed to prohibit guns from being brought into their establishments.

Patricia Stoneking, president of the Kansas State Rifle Association, supported Brownback’s signing of the law, which her organization had spent that last ten years lobbying for.

She says the next step in easing of Second Amendment rights would be to lower the concealed carry age from 18 to 21.

“Eighteen-year-olds are allowed to open carry, and they go to war and put their lives on the line to protect this country,” Stoneking said. “I believe we can lower the age to 18 at some point in the future. I think after everybody sees that there are not going to be any of the dire predictions coming true, and they relax a little bit, then we can talk about that.”