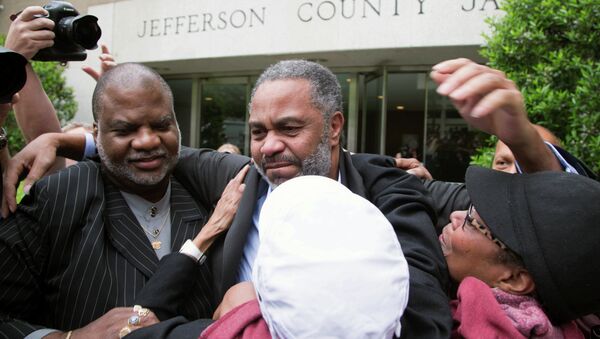 © AP Photo / Hal Yeager
Subscribe
International
India
Africa
A man who spent nearly 30 years on death row for a crime he did not commit was exonerated and released from prison Friday after prosecutors admitted there was not enough forensic evidence to link him the two murders he was convicted of in 1985.

$20Mln Wrongful Conviction Settlement in Illinois Largest in US History
In response to a request from the district attorney’s office, Jefferson County Circuit Judge Laura Petro exonerated 58-year-old Anthony Ray Hinton of the two 1985 murders for which he’d been serving time. The DA explained that forensics specialists could not determine that the six bullets found at the crime scene came from Hinton’s home.

"All they had to do was to test the gun, but when you think you're high and mighty and you're above the law, you don't have to answer to nobody," an elated Hinton told reporters Friday morning.

"But I've got news for you — everybody that played a part in sending me to death row, you will answer to God."

Hinton, who was 29 at the time, was convicted of the murders of John Davidson and Thoman Wayne Vason. The men were killed during robberies at Mrs Winner’s and Captain D’s restaurants in Birmingham where they were managers. Investigators made Hinton the focal point of their investigation after a third person, who was shot at a robbery at a restaurant called Quincy’s, identified Hinton as the shooter. The case hinged on six bullets found at the crime scene, which prosecutors tried to link to the.38-caliber revolver kept in Hinton’s home, despite claims by Hinton’s lawyer Bryan Stevenson that Hinton had an alibi at the time of the Quincy’s robbery. 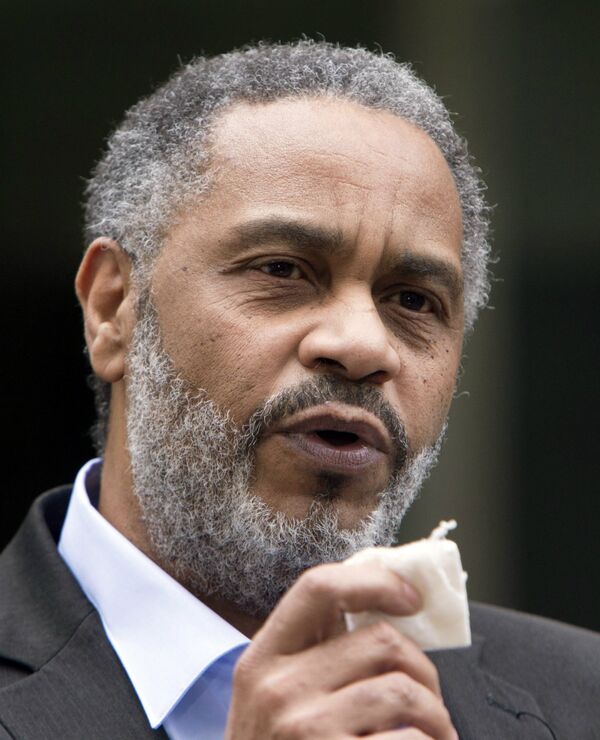 Anthony Ray Hinton talks with the media after walking out of the Jefferson County jail, a free man, Friday, April 3, 2015, in Birmingham, Ala. Hinton spent nearly 30 years on Alabama's death row, and was set free Friday after prosecutors told a judge they won't re-try him for the 1985 slayings of two fast-food managers.
© AP Photo / Hal Yeager

The US Supreme court intervened last year, ruling that Hinton had “constitutionally deficient representation” at his initial trial. Hinton’s attorney thought he had only $1,000 to recruit a firearms expert to fight the prosecutor’s case. The expert, who was hired despite attorneys’ concerns about his credentials, struggled during his cross-examination, even reportedly causing laughter in the jury box when he was cross-examined.

Hinton maintained that he was innocent throughout his trial and incarceration. 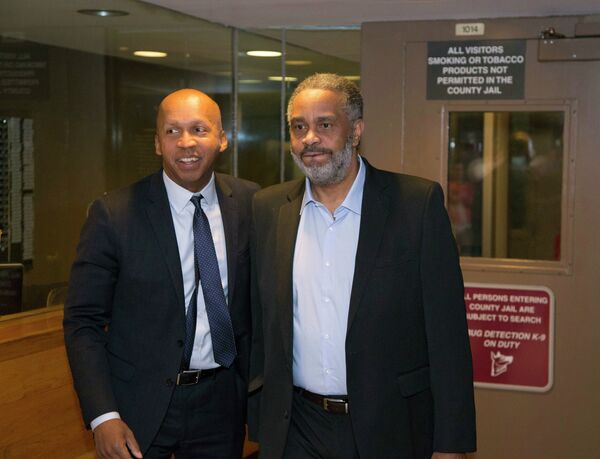 "Race, poverty, inadequate legal assistance, and prosecutorial indifference to innocence conspired to create a textbook example of injustice," said attorney Stevenson, who also directs  Alabama’s Equal Justice Initiative. "I can't think of a case that more urgently dramatizes the need for reform than what has happened to Anthony Ray Hinton."

After Hinton’s conviction, Stevenson continued to argue the case for 16 years.

"We've been hoping for this. We've believed that this should have happened," he said.

Stevenson told the Associated Press that Hinton wept Wednesday night after hearing the news that he’d soon be freed.

"The State of Alabama let me down tremendously…I have no respect for the prosecutors, the judges. And I say that not with malice in my heart. I said it because they took 30 years from me," Hinton told the Press.