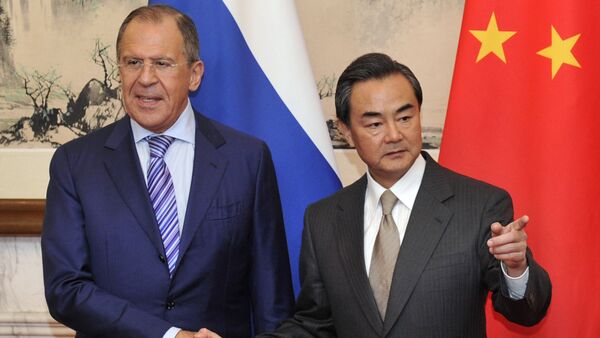 “I want to confer with You [Russian Foreign Minister] before we convene,” Wang Yi said as he was opening the meeting.

The meeting is held in the framework of a new round of talks between Iran and the P5+1 group of international mediators comprising Russia, the United States, the United Kingdom, France, China and Germany, which began in Lausanne on Thursday.

Lavrov, Kerry Set to Meet on Sidelines of Iran Nuclear Talks in Lausanne
Later, Lavrov is also expected to meet with Iranian Foreign Minister Mohammad Javad Zarif, US Secretary of State John Kerry, and other participants of the nuclear talks.

The P5+1 group tries to reach a deal with Tehran guaranteeing a peaceful nature of the Iranian nuclear program.