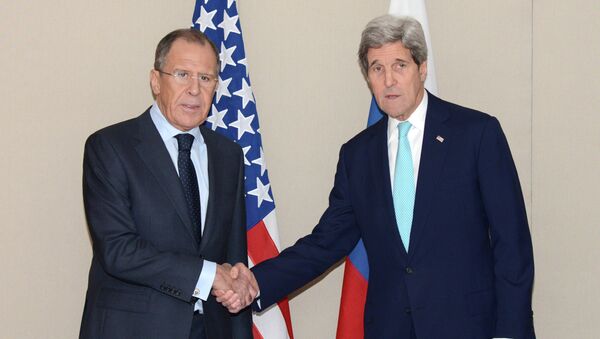 “The meeting will definitely take place – the question is when,” Ryabkov told RIA Novosti.

Talks on the Iranian nuclear program are currently underway in Lausanne. The foreign ministers of Iran, Germany, France, China and the United States as well as the European Union foreign policy chief are already in Switzerland. Russia's Sergei Lavrov and UK's Phillip Hammond are expected to join the talks later on Sunday.

Tehran and P5+1 countries, comprising Russia, China, the United States, the United Kingdom, France and Germany have been trying to work out a comprehensive agreement guaranteeing the peaceful nature of Iran’s nuclear activities since November, 2013. The negotiators have set the end of June, 2015 as the deadline for reaching the final deal, while the political framework for the agreement is expected to be ready by March 31.

On Saturday, Ryabkov said that the sides have moved to discussing the most complicated issues regarding the Iranian nuclear program – such as the sanctions imposed on Tehran, Iran’s enrichment activities and the future of Fordow Fuel Enrichment Plant.