US Jets Strike Iraqi Forces' Positions Instead of ISIL in Tikrit 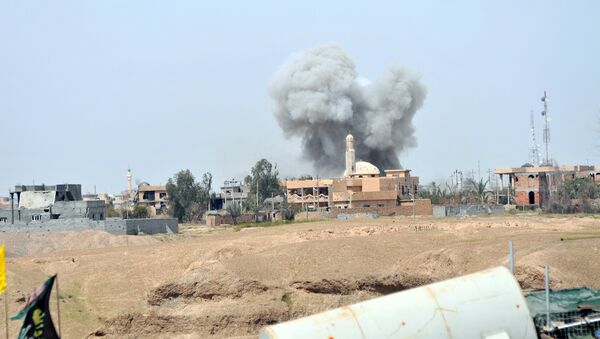 © REUTERS / Stringer
Subscribe
US jets struck Iraqi forces instead of ISIL during an airstrike campaign in Tikrit, Iranian media reports.

The Iraqi army, together with militias, launched an offensive on the northern city of Tikrit on Thursday, after Iraq's Defense Minister Khalid Obeidi said that Tikrit was completely surrounded by the country's military and local militias.

On Wednesday, the Unites States began airstrikes against Islamic State militants in Tikrit. US forces previously were not involved in the Tikrit operation.