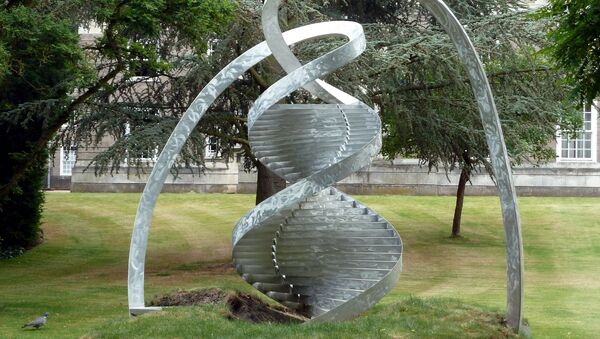 According to a landmark study into the genetic nature of Britain, tribal groupings and kingdoms dating back to the Middle Ages have persisted into modern times, and form a genetic basis for the British regions and British perceptions of internal cultural differences.

Sprechen Sie Russian? Genetic Proof Russia Home to Indo-European Languages
The results of a 20-year study to produce the first fine-scale genetic map of any country in the world have found that the genetic makeup of the British people at the end of the nineteenth century had much in common with the tribal groupings and kingdoms which existed around the end of the sixth century, showing a remarkable continuity across the ages and bearing out British perceptions of their regional differences.

The study analyzed the DNA of 2,039 individuals in Britain whose grandparents, who had an average date of birth of 1885, were all born within 80 kilometers of each other, thus providing a view into the distribution of genes before mass regional migrations took place in the twentieth century. By comparing the data to DNA samples from over 6,000 Europeans, the team of researchers from the University of Oxford, University College London and the Murdoch Childrens Research Institute in Australia were able to identify clear traces of the population movements into the UK over the past 10,000 years.

"Rich genetic information such as this tells us a great deal about our history and augments what we know already from archaeology, linguistic and historical records," said one of the lead authors of the study, Dr. Stephen Leslie, of Murdoch Childrens Research Institute. "Much of what we’ve learned about our history comes from the successful people of society, as they leave the strongest marks on history and archaeology. By using genetics and powerful statistical methods, we have been able to tell the story of the masses."

Among the most remarkable findings, published on Thursday in the journal Nature, is the discovery that far from there being a single Celtic group which was genetic similar, the Celtic parts of the UK (Scotland, Northern Ireland, Wales and Cornwall) are among the most genetically difference from each other, with the Cornish, for example, having more in common genetically with other English groups than with the Welsh or Scots. However, the division between genetic groups in Cornwall and the neighboring county of Devon is drawn almost exactly along the modern boundary between the two counties.

Genetic Breakthrough: Scientists Unveil Human 'Epigenomes' Map
Disagreement about the extent to which the Anglo-Saxons who migrated to Britain after the end of the Roman Empire replaced the existing population has been settled by the study, which finds significant intermarriage between the Anglo-Saxons and the existing population. The result is a relatively homogeneous genetic group in the majority of eastern, central and southern England, with a DNA contribution from Anglo-Saxon migrations of up to 40 percent.

In contrast, the Danish Vikings, who followed the Anglo-Saxons in occupying large parts of England, left "no clear genetic evidence" of their occupation, "suggesting a relatively limited input of DNA from the Danish Vikings and subsequent mixing with nearby regions."

The popular claim that the Welsh are the people most connected to ancient Britain is backed up by the findings, with their DNA appearing the most similar to the earliest settlers who arrived in Britain after the last ice age.

Aside from providing historical insights into the DNA of the UK population, the main goal of the ₤2.3 million [$3.4 million] project, funded by the Wellcome Trust and conceived by cancer and population geneticist Professor Sir Walter Bodmer of Oxford University, is to track down genes associated with common human diseases through the creation of a freely available set of genetic tools to aid researchers in their search.

"We now know that if we are to find the genes that have small effects on common diseases, such as heart disease, diabetes, and osteoporosis, we need to study large numbers of people and we need to know, at a fine level, the genetic structure of that sample of people," explained Wellcome Trust Principal Research Fellow Lon Cardon.